Ah, Denmark. Home of fine cheeses, homicidally depressed princes, and LEGO. While the first two are nice to have,it’s really LEGO that will be remembered as the Danes’ finest achievement–the little plastic bricks are children’s favorites throughout the world, and cursed by parents who unwittingly step on them in bare feet in more than 500 different languages. LEGOs let children build anything they can imagine…but as it turns out, it was some of those Danish LEGO engineers who has the most screwed-up imaginations of all.  Behold these ten bizarre playsets, and see for yourself. (And watch where you step.) 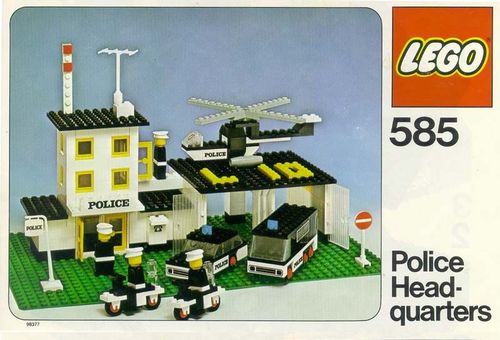 This is a set from LEGO’s awkward years, when they hadn’t quite invented the mini-figure design that we know and love today. Instead, there were faceless, armless figures that were much less cute and much more nightmarish. They weren’t at scale with the buildings, didn’t fit in the cars, would get their heads lopped off if they tried to fly the helicopter… This was more like a police station created by David Lynch that then by a happy group of toymakers up in Denmark. 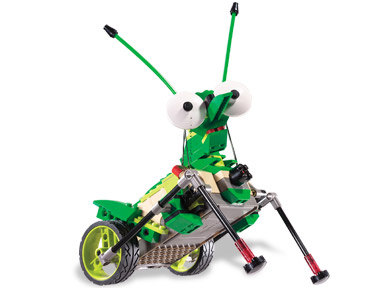 What is this thing? Hell if I know. It apparently records and plays something, yet also needlessly looks like a giant praying mantis. Maybe it records the screams of terror that came from the children who played with it. 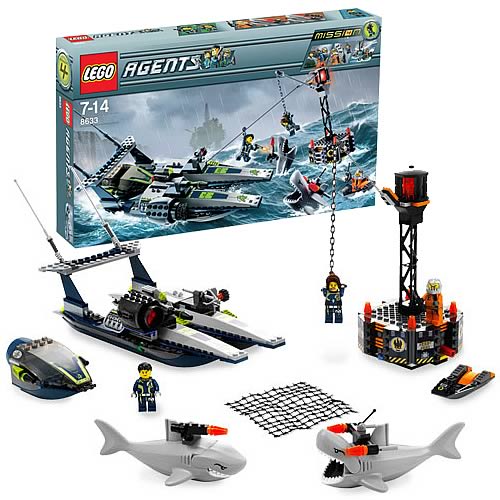 This set was bizarre, but in the coolest of ways. It had a steel-jawed villain straight out of a Bond movie who took glee in suspending female secret agents from a giant buoy. When her male counterpart showed up in a speedboat to rescue her, the villain could take off in a jetski hidden in the buoy. But the coolest aspect is the minions tasked by the villain to try and chomp the damsel in distress – remote-control sharks. The world would be a far more interesting place if they actually existed. 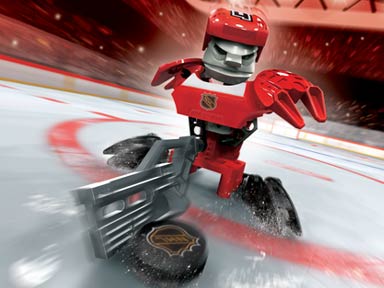 A robotic hockey player who whacks the puck with a giant stick protruding right out of his crotch. What more can I say that you’re not already chuckling at? 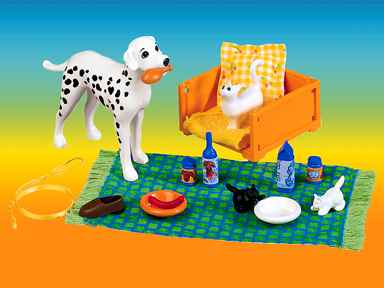 LEGO has always been ahead of the times, as displayed in this set in which a dog and a cat go on a romantic picnic far away from the cruel society that would frown upon their inter-species love. The set comes complete with their genetically-aberrant demonspawn in tow. Four Animal “Friends with Benefits” is more like it. 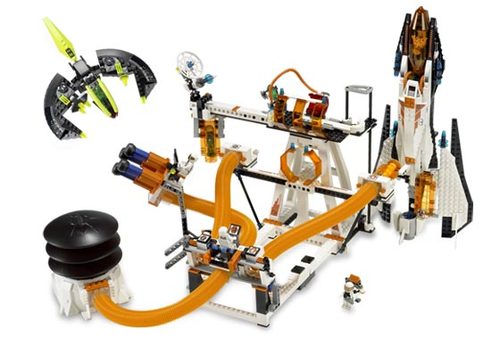 The whole premise of Mars Mission seems a little dark for LEGO; it’s a bunch of grizzled astronauts presented as the good guys are busy raping Mars for any crystals they can mine out, when the native population takes objection and attacks. How do the miners respond? They gleefully capture the Martians, strap them Frankenstein-style to tables and send them soaring around their base in pneumatic tubes, for no apparent reason other than perverse pleasure–and you thought Guantanamo was bad. Keep in mind that LEGO astronauts were depicted befriending the Martians only a few years earlier in the Mission to Mars theme. 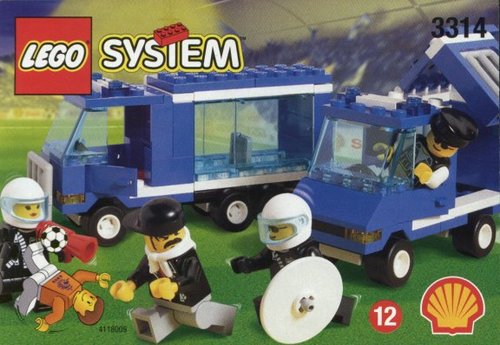 LEGO had a cool idea to create a series of soccer sets, especially for those ridiculous countries outside of the U.S. that get confused and call their beloved sport football. What was unexpected was that the company would release a set dedicated to those hooligans who get out of control at matches and have to be subdued by riot police. 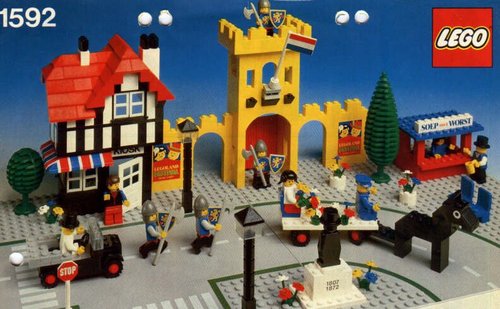 In what might be the only documented case of a dimensional rift in LEGOLAND, medieval warriors walk the streets of a modern town as their castle merges with the shops around it. Or maybe it’s the LEGO version of a Renaissance Faire. Or maybe everyone at LEGO got ridiculously drunk on the day this set was designed, and threw in pieces haphazardly. Whatever the explanation is, if you have this set from 1980, you’re lucky, since it’s uber-rare and costly. 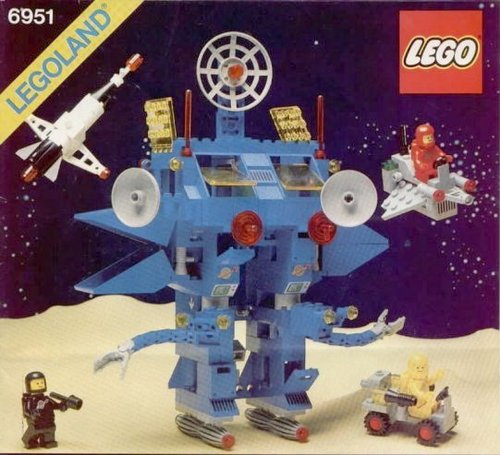 Imagine you’re a LEGO astronaut, excited as you’ve just graduated the Space Academy and are about to embark into the final frontier! Then you get assigned to this monstrosity. What in plastic hell is this thing? Is it a command center from which to guide all robots? Is it a base for astronauts that some engineer with a sense of hilarity made to look like the most awkward robot ever? As you sit in the Robot Command Center’s bulbous head while it hovers around on tiny feet and waves around its useless arms, try not to ask yourself why you didn’t join up with Mega Blocks instead. 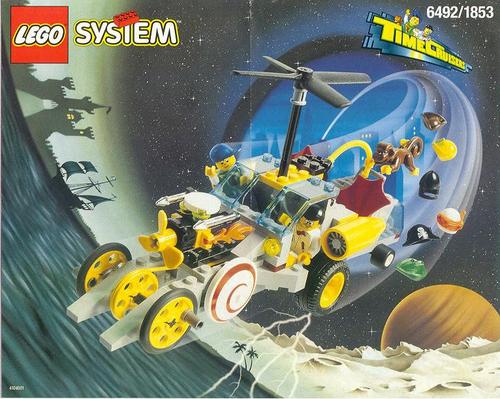 It would have been easy to just list every set in LEGO’s Time Cruisers/Twisters series and be done with it, as this Hypno Cruiser is a prime example of what this insane series was all about. The idea was that it looked like everything had been assembled by time travelers from parts they collected from throughout human history. But what it really looked like was LEGO’s designers had dumped out what was left in their parts bins and cobbled together whatever sets they could out of the mess. The end result was officially-released LEGO s
ets that emulated the craptastic charm of whatever original creations we tried to make.