Menu
Home
>
Movies
>
The Star Wars Galaxy Has Been Mapped 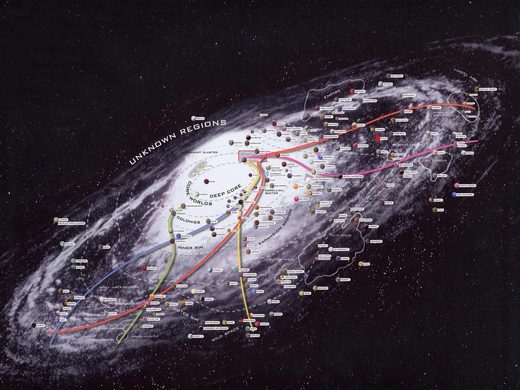 Damn. I’d love to make fun of someone who took the time to layout all of Star Wars‘ planets and sectors into one galaxy, but honestly, I’m way too impressed. I’ve spent the last hour just looking for all the planets I know, and being somewhat relieved that there’s many I don’t. Click on the pic to see it full-size. Tatooine is in the bottom-middle, and not the center of the galaxy, in case you’re wondering. I know! I was surprised too! (Via Gizmodo)