Menu
Home
>
Movies
>
This Is Not the G.I. Joe Movie Poster 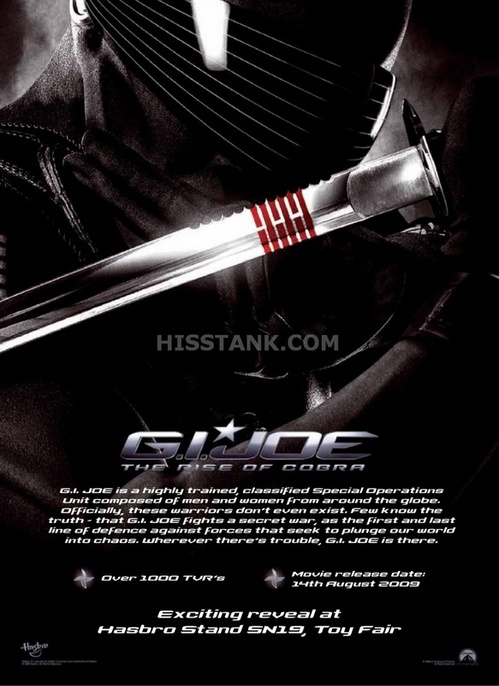 Instead, it’s a promo poster from some international toy fairs grabbed by HissTank. You can see Hasbro has decided to focus on the character in the movie that looks most like his toy/cartoon counterpart. Notably not featured:
? Snake Eyes’ molded in lips
? Storm Shadow’s bitchin’ sneakers
? The “Accelerator” suits
? A Wayans brother
? Duke, Cobra Commander and Baroness hanging out together as little kids in a sandbox or something