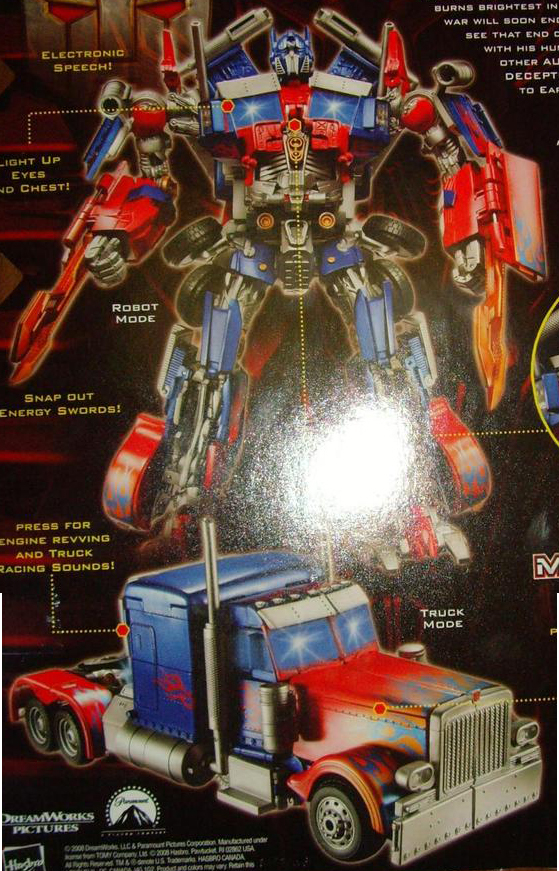 Um…that’s it, really. Transformers 2: Revenge of the Fallen toys will be put out on toy store shelves on May 29th, 2009, before the film’s June 26th release. This will include the new Optimus Prime toy shown above, which looks more like a robot that transforms into a truck than he did in the first movie, which I say is A Good Thing. And…uh, that’s it. Really. Mark your calendars accordingly and then go about your business. (Via Seibertron)