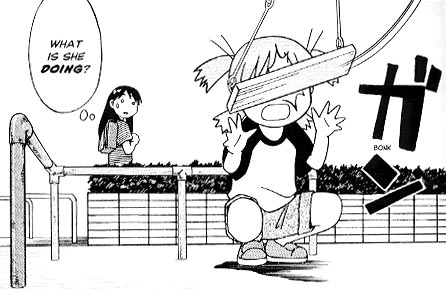 ? Bitch all you like about Marvel — seriously, I don’t care — but you can’t call them afraid to take risks. The company, which has steadily made serious bank on Ultimate Spider-man, is jettisoning the whole schmear after the Ultimatum event and starting over with Ultimate Spider-man #1…which Bendis says might not even star Peter Parker. I don’t know if it’ll work or even be any good, but it sure is ballsy.

? As part of the “Battle for the Cowl” hoo-hah, there will be 8 — count them, 8 — Batman and Batman-related books on the comic shelves beginning in June. These include Batman, Detective Comics, Batman and Robin, Red Robin, Outsiders, Batgirl, Batman: The Streets of Gotham and Gotham City Sirens. This is fucking ludicrous. Also, DC apparently needed to show a flowchart at NYCC to explain how Batman R.I.P. and Final Crisis worked together, along with all the comics necessary to each one which weren’t in their respective series. A flow chart. To understand how to read their comics. Awesome. (Via Newsarama)

? Yen Press is saving [email protected]!, the manga about a little girl who’s possibly retarded and definitely insane as she…does nothing, really. I can’t possibly convey how awesome it is, but if you enjoyed Azumanga Daioh at all, it’s by the same guy. ADV had the manga, but lost it along with everything else in 2008. Yen Press will start with volume 6, due in September. (Via Robot6)