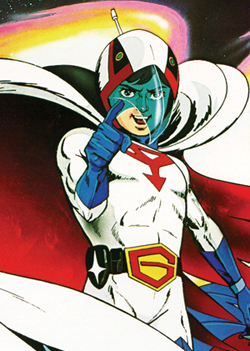 Remember when Marvel announced a partnership with excellent anime studio Madhouse and also announced they’d be making some legitimate Marvel superhero anime? No? Well, they did. But apparently that’s not enough for Marvel, who have now also partnered up with old-school anime studio Tatsunoko to make a series starring both Marvel’s superheroes and Tatsunoko’s anime characters, which include Gatchaman (a.k.a. Battle of the Planets), Casshern, the bewilderingly popular Yatterman, and a lot of people you’ve never heard of.

This series sounds incredibly awesome, and not just because I want to see the Hulk smash the Yatterman kids’ faces in. However, I hope it’s all cool with Madhouse, since I’d rather see them do some straight Marvel anime than any of this Tatsunoko nonsense. On the other hand, Japan will totally eat this Tatsunoko series up — it’s a great move for Marvel to increase their brand in Japan. And, although no one’s said anything, I can’t help but wonder, given the current Capcom Vs. Tatsunoko game, and the old Marvel Vs. Capcom games, if this could eventually result in …

MARVEL VS. STREET FIGHTER VS. TATSUNOKO.

I may have to lie down for a while. (Via AnimeVice)