Menu
Home
>
Movies
>
And Here He Is, Cobra Commander 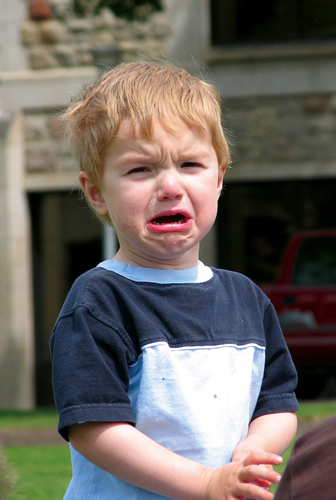 No, not this kid. Topless Roboteer Paul Mattson was innocently looking through ebay, when the actual Hasbro figure (not the little Combat Heroes one) of the live-action movie Cobra Commander appeared, and now we know what he really looks like. Suffice to say, both Paul and I feel like the child above looks. Hit the jump for the big reveal.

So. I’m going to try and describe this without any profanity. As per this figure, the live-action G.I. Joe: Rise of Cobra movie version of Cobra Commander is:

I suppose we should be greatful he actually comes with some kind of snake, and not a raccoon or a pig or something. Here’s the sure-to-be-taken-down-shortly ebay auction, if you want to spend money on pure misery in plastic form. Thanks again to Paul for the tip, although he’ll never be able to unsee what he has seen.