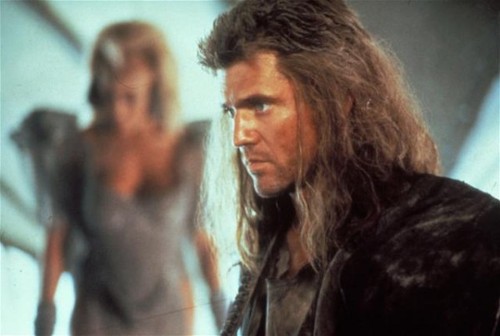 Mad Max creator/director George Miller wants to make the fourth Mad Max film as an anime. Well, actually, he’s probably rather just make it a regular film. But since funding for the flick fell apart earlier this decade, he’s willing to make an anime and just be optimistic about it. MTV’s fine Movies Blog got the scoop:

Now Miller is resurrecting the idea as an
R-rated, stereoscopic anime flick for theatrical release. It’s a curious
undertaking, to be sure, but one made all the more certain to happen after the
runaway success in 2006 of his computer-animated “Happy Feet”–not that the
newest, ever-violent “Max” film will have much in common with that kid-friendly
penguin party.
“I see myself as someone who is very curious
about storytelling and all its various media,” Miller said. “I’ve always loved
anime, in particular the Japanese sensibility. It’s something I’ve always
wanted to do.”
…
For the anime release, Miller isn’t looking simply
to mimic Japanese-style animation but rather to adapt it for Western audiences.
“The anime is an opportunity for me to shift a little bit about what anime is
doing because anime is ripe for an adjustment or sea change,” he explained.
“It’s coming in games and I believe it’s the same in anime. There’s going to be
a hybrid anime where it shifts more towards Western sensibilities. [Japanese
filmmaker Akira] Kurosawa was able to bridge that gap between the Japanese
sensibilities and the West and make those definitive films.”

There are a few things to note about this, but if you need me to sum up it’s this: Miller is crazy. First of all, there’s no way a Mad Max anime is going to hit theaters, especially if Mel Gibson isn’t involved (see the article). It will be a straight-to-DVD release, although it’ll probably sell pretty well, much like the recent Highlander anime movie.
However, also like the recent?Highlander anime movie, it will be terrible. Japanese anime movie directors hate the idea of working for anybody else (the TV staffs are more cooperative, which is why the Marvel anime shows might not be a disaster), and always want to do their own thing. If Miller hires a talented auteur, he’ll want to make his own version of Mad Max, which will likely be pretentious and boring (see: Highlander). If he hires a hack who’s willing to listen, it’ll likely just be crappy (and probably made in Korea, actually). I admit I’m being pessimistic, but I’ve seen this happen too many times?to be otherwise.
Tweet Pin It