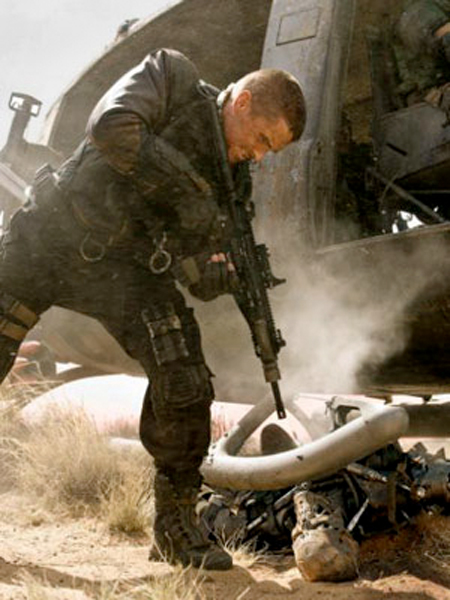 Let me start with a big SPOILER WARNING. See, the ending of the Terminator: Salvation movie has been changed, and in order to talk about it, I have to explain the original ending, which admittedly doesn’t matter any more. But still, you’ve been warned.

You might have heard the rumors that Salvation was going to end with a twist that John Connor dies in battle and gets replaced with a Christian Bale-lookalike Terminator, much like Marcus Wright appears in the latest trailer. This, apparently, was true. In fact, apparently the Marcus endoskeleton was going to take off his fake skin, and wear Connor’s fake skin so as to appear the leader of the Revolution was alive and well, in a heroic twist on the Texas Chainsaw Massacre. But since that twist was leaked, McG has gone back and shot a new ending which is rumored to be less ridiculous. I was kind of hoping we’d know what it is, just so that the new ending he made because the old one got leaked would immediately get leaked as well, but for now, it will be a surprise.

Actually, I wonder if it was really the leak that was the problem per se, rather than all the fans hearing the leak and getting pissed that John Connor dies and becomes a Terminator. I’m not too invested in the Terminator franchise, but it did strike me as weird and inappropriate. I’m assuming most of you are cool with the new ending, if only because it’ll be a surprise now. But are any of you disappointed by the ending that was lost? (Via Moviehole)
Tweet Pin It