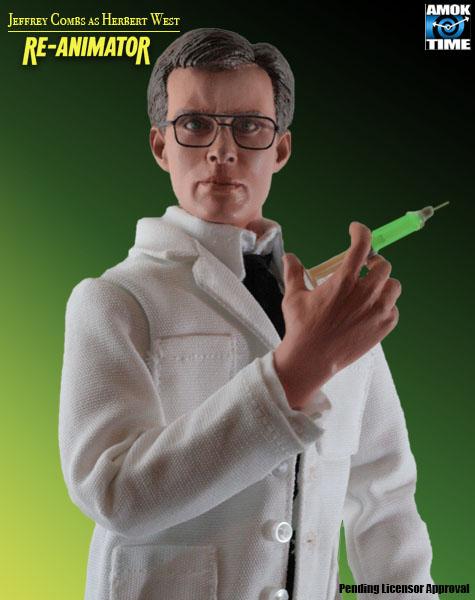 I know a lot of you are Re-Animator fans, so I’m happy to bring you a bit of good news regarding the property (unlike last time); Amok Time is going to make the above 12-inch figure –complete with a pretty stellar likeness of Jeffrey Combs — in November for $80. There’s not much else to say about it, except that it does come with the syringe and only 1000 are being made, so if you’re interested, I’d get your pre-orders in here ASAP.