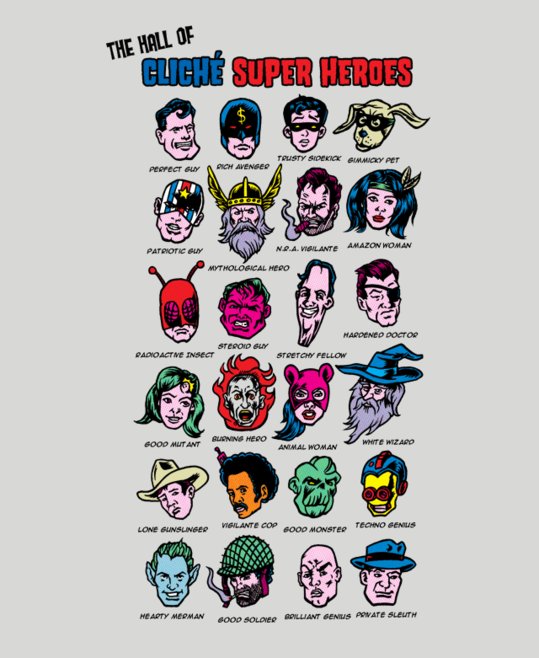 At $18 per shirt over at Threadless, that’s 75 cents per superhero cliche, and that ain’t bad, even if you’re a rich avenger. I think the only one missing is “Underdressed Lady Magician,” but I invite you to add your suggestions in the comments.