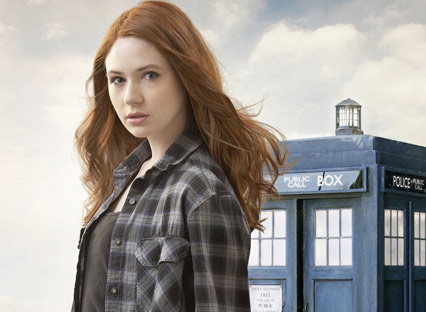 ? The BBC is planning to make a Doctor Who movie — as in a real, released-to-theaters one. No one has decided which of the two Who showrunners would be in charge (if either), or if megapopular David Tennant or new Doctor Matt Smith would star (if either). (Via Digital Spy)

? There’s going to be another Doctor Who animated series, titled Dreamland, running seven 6-minute episodes on Children’s BBC, and with the voice of Tennant. (Via Den of Geek)

? The new Who‘s new Companion has been cast, and it’s the very young, mostly unknown and rather pale Karen Gillan, seen above. The BBC hopes this will draw attention away from the fact that Matt Smith is incredibly young, generally unknown, and crazy pale. (Via First Post)