It’s hard to believe that when Star Wars came out, there were exactly zero toys lining store shelves. In fact, many kids at Christmas 1977 got an empty box — the legendary Kenner “Early Bird” special — promising them Star Wars figures at a later point in ’78, and that was as good as it got. Nowadays, the shelves at Toys R Us are lined with action figures and playsets based on whatever big summer movies are due for release, regardless of whether those movies are going to be any good or not, and regardless of whether people actually want toys of them. Indeed, the discount stores of the world still have figures based on terrible summer movies and terrible toys based on decent summer movies from the last 20 years or so, just because no child in his or her right mind would have ever wanted them. So while you wait for Speed Racer figures to be marked down even further, here are the top 10. 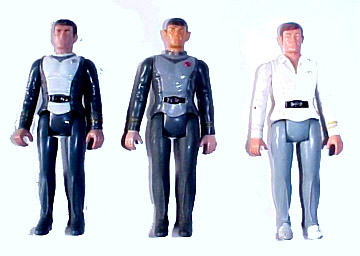 Mego had sold millions of Mr. Spock dolls based on reruns of the ’60s TV series, so they anticipated a windfall with the 1979 motion picture. Maybe it was the film’s cerebral (i.e., boring) storyline that sunk the toyline, or maybe it was the fact that Kirk and company’s new uniforms made them look like they were wearing “footy” pajamas, but either way, kids wanted nothing to do with them. More likely, it was just the fact that there were plenty of Star Wars toys available by then, and kids weren’t going to put down their X -Wings to join Starfleet. 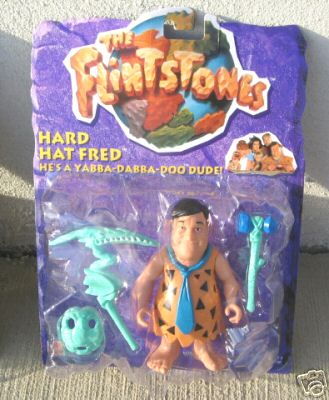 Sure, this live-action treatment of the animated and prehistoric Honeymooners rip-off did well at the box office, but the good folks at Mattel overthought and made action figures that looked like a strange marriage of the cartoon and the movie. Seeing John Goodman’s disproportionate head on a dwarf cartoon body is almost as bad as seeing Rosie O’Donnell playing Betty (almost). Kids didn’t bite on the inbred-looking cave folk and these toys remained Yabba-dabba-duds. 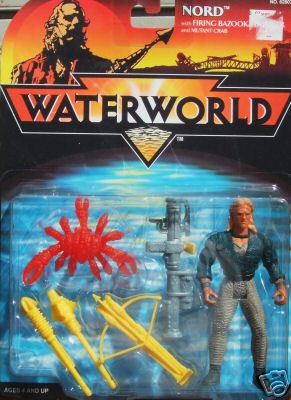 A movie so expensive that its bad press sunk it before it even hit the screens, Waterworld‘s toyline never stood a chance. Kenner, always looking for another Lucas cash cow, snuck out some figures and playsets much like one farts in a crowded movie theater, and then counted their losses.

7) Planet of the Apes

Remaking the ’60s classic was a horrible idea, even with Tim Burton at the helm, and casting Mark Wahlberg in the Charlton Heston role made it worse. Hasbro phoned in some clunky and strangely posed action figures as if they were protesting the movie themselves. A big hit for one weekend, kids forgot the new Planet of the Apes by the time they left the theater 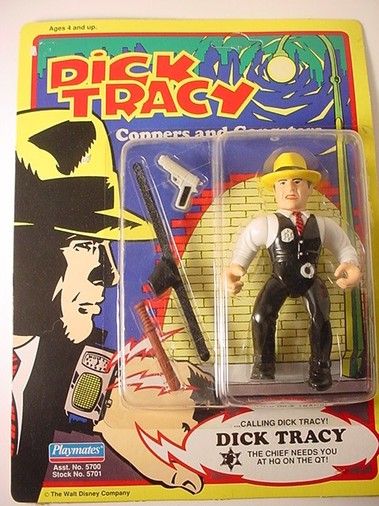 While Warren Beatty’s odd passion project Dick Tracy was well received by audiences and critics, it didn’t inspire children to put on yellow trenchcoats and talk ’30s gangster slang, possibly because kids don’t read the comics page anymore and have no idea who Dick Tracy is. Playmates made a series of cartoon-y figures styled after their biggest hit, Teenage Mutant Ninja Turtles, and the result were ugly, squatting characters that all somehow resembled actor Ed Asner (including the Madonna figure). With no momentum beyond the movie, Dick Tracy was forgotten by a fickle youth swept up in “Urkel Mania.”

It’s rare that a superhero movie is a big hit with audiences if they’ve never heard of the character; it’s even rarer kids will buy the toys. Based on the radio mystery man, The Shadow film — starring Alec Baldwin in a fake nose — went nowhere and the somewhat bland toy line was almost as invisible as the title character. Kenner, to their credit, seemed to smell failure and reused many of the figure parts from other more, successful toylines and minimized their losses. 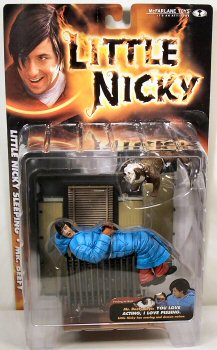 Adam Sandler’s least successful live-action film (let’s not discuss 8 Crazy Nights) was also the only one to have an action figure series, and by McFarlane, no less! It’s not exactly known what about this film — whose highlights include Satan torturing Hitler by sticking a pineapple up his ass — Todd McFarlane thought would make for great toys, but then again, he’s richer and therefore smarter than me. 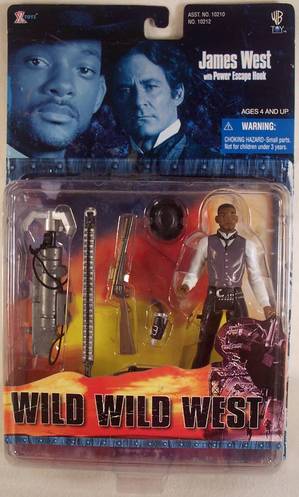 This big budget adaptation of the beloved but largely forgotten ’60s TV series was generally rejected by the movie going public despite having the once in a lifetime comedic genius pairing of Will Smith and Kevin Kline. X-Toys’ ambitious lines of figures were grim reminders of two hours poorly spent. 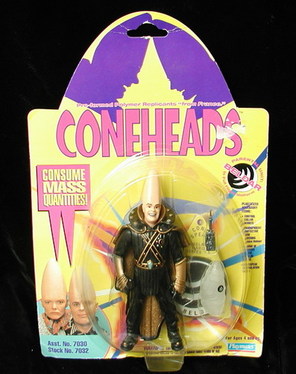 Sure, these Playmates figures were pretty accurate looking, but the Coneheads hadn’t exactly been relevant since 1978. It’s not really known who even demanded this movie, let alone merchandise, more than 15 years later. The Coneheads figures hung on shelves until the late ’90s and its failure luckily prevented a “Two Wild and Crazy Guys” movie the next summer. So it wasn’t all bad. 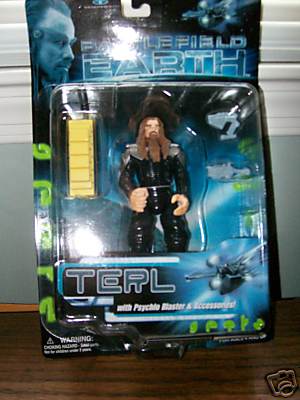 Thanks to the boffo sales of Phantom Menace toys a year earlier, Trendmasters took a sci-fi gamble with this supposedly ambitious adaptation of L Ron Hubbard’s novel and not only struck out but somehow managed to smash themselves in the nuts with the bat.  The critics howled as Travolta ate scenery while cavemen flew jets through the film’s gaping plot holes. The public stayed away in droves and had no desire to purchase the talking Terl doll that said non-classic Travolta lines such as ”Exterminate all man-animals at will”” and “you wouldn’t last one day in the academy.”  While the real Travolta went and hid during this debacle, he was easily found at retail. It’s likely if you haunt your local K-B you can still find one.