In 1978, the Lego Group introduced cute, poseable minifigures (minifigs, as they’re known) so kids had someone to populate the cities and drive the cars they made out of plastic bricks. Minifigs went on to become iconic, often the most-touted part of any Lego set. And for three decades, the excellent basic design of the minifig has stayed the same. To celebrate the anniversary of one of the most beloved toys of all time, Topless Robot brings you the 30 greatest Lego minifigs of the past 30 years.

No one went hungry in Lego land as long as this guy was around flipping pizzas. Gotta love the hat and mini-mustache.

Lego’s Western theme included sets that managed to capture the beauty of Native American dress and tradition. The chief here is rockin’ the feathered headdress. 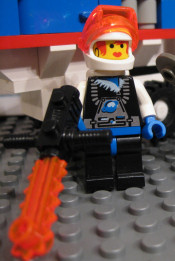 Lego’s Space theme was the last holdout on introducing an obviously female minifig, and it was the female astronaut of Ice Planet 2002 who finally cut through that barrier, probably with her neon orange chainsaw.

Beautiful Leonora wears the ornate clothes of a medieval lady of status, and — oh, dear, is that a chastity belt key on her waist?

While a grim reminder of the Civil War and Native American oppression, these minifigs were absolutely necessary if you were going to re-enact F-Troop in Lego. 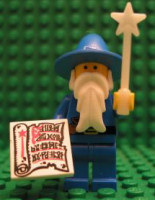 This good wizard was the first introduction of magic to the world of Lego Castle, and it was fun to finally have someone who could turn your evil knights into toads. 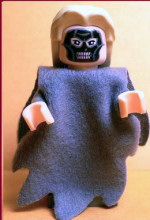 This Death Eater from the Harry Potter series is notable for being the most terrifying minifig Lego ever released. There’s no cuteness here. 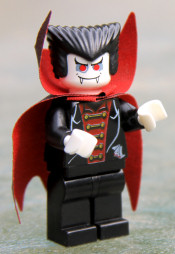 Dracula looks stunning in Lego form, but doesn’t he always? He was part of Lego’s excellent Studios line of monster sets and came with his coffin. 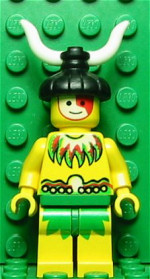 Who ever expected Lego to make mini-figs out of Polynesian natives, and who ever thought they would turn out so great? 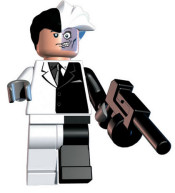 While the Batman villain is already a man of extremes, his duality is pronounced even
further in Lego as the adorable normal side is contrasted with the horrific scarred side. 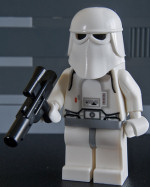 Lego managed to take the already cool, blocky Snowtrooper armor from The Empire Strikes Back and condense it to bring out the awesomeness even more! 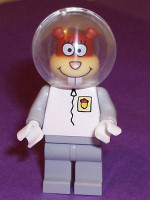 SpongeBob’s squirrel scientist buddy comes dangerously close to being more Fabuland than standard minifig, but she’s too nifty and cute to ignore. 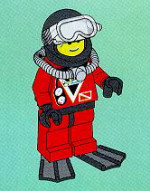 Lego released a lot of divers, but this guy wins the prize for coolest wetsuit. He gets bonus points for his willingness to swim freely among schools of man-eating sharks. 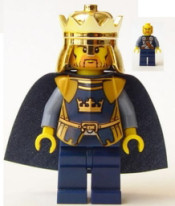 There have been many Lego kings, but they were all warming the throne for this guy. Fully bedecked in regal regalia and very Arthurian, this minifig don’t put up with no crap from invading skeletons or trolls. 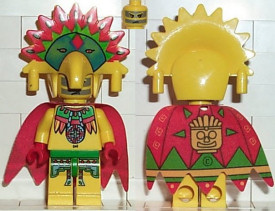 Lego went all out with the pomp on this Mayan (or perhaps Aztec) chief. Buy a bunch of him, and you could hold your very own Lego Mummers Parade! 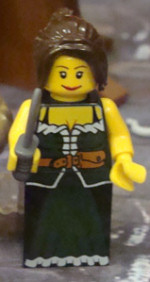 It was clear with this mini-figure that the Lego Group had decided it was no longer holding back when it came to mini-fig sex appeal. This pretty maiden is wearing an ornate dress that shows off her ample cleavage, a shock to those of us who thought minifigs were only distinguishable as female if they had long hair. Even stranger, the box art depicts her preening herself in the upstairs bedroom of an inn, waiting for…. uhh… a customer? 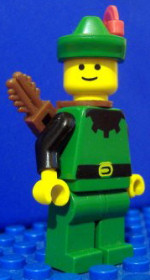 We all knew that at least one of Lego’s many Forestmen was Robin Hood, and that made for hours of swashbuckling, arrow-shooting adventure as the little green mavericks caused havoc for our Castle knights. 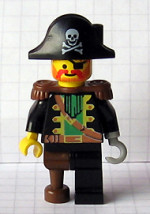 The greatest captain of Lego’s pirate crews was none other than Red Beard, complete with pegleg and hook! 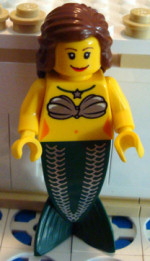 The Mermaid is not just the most naked female Lego has ever produced; she’s also one of the toughest, as evidenced by box art that depicts her leaving her place on the pirate ship’s bow to fight beside her crew, cutlass in hand. 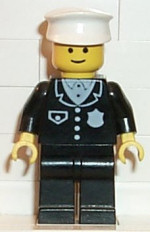 The cops have been a fun staple of Lego Town sets since the beginning, unless you’ve ever driven your Lego car too fast down Main Street. The early 1980s officer had the best, yet simplest design. 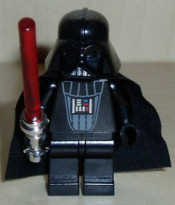 This minifigure manages to perfectly capture the likeness of Darth Vader and also be as cute as a button on an Ewok’s vest. For an added surprise, removing his helmet will reveal his adorably desiccated face. 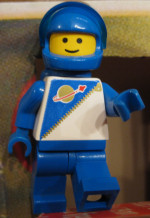 These late-’80s Space figures had very appealing uniforms that were a combination of the original Space astronauts’ uniforms and Star Trek: The Next Generation. And importantly, the astronauts finally had visors to protect their faces from the cold, sucking nothingness of outer space! 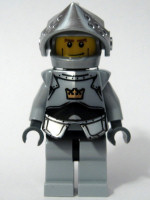 Lego brought back the majesty of the original Castle sets with the Fantasy Era sets in the last couple of years. The new knights are based on the originals but have been made even better, with shiny, more detailed armor. 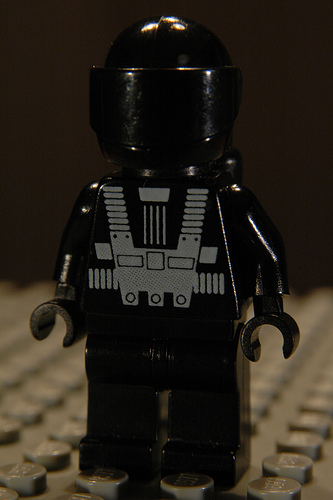 Lego reportedly stopped production of the original Blacktron sets early because they feared the minifigs would be seen as evil. That’s because these astronauts, clearly shown to be the thieves and scoundrels of the Space theme, were bedecked in shiny black uniforms that made them all look like the Wraith. They were clearly the coolest minifigs ever produced, and remain so. 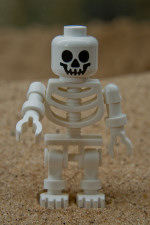 Kids somehow didn’t mind the specter of death in their Lego sets despite the horror of seeing what cute little Lego characters look like after they die and rot away. Maybe that’s because the skeletons were adorable, carrying that perpetual minifig smile into the netherworld. 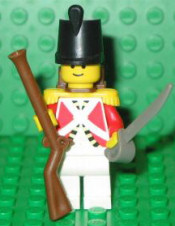 With ornate uniforms and shakos, and armed to the teeth with the best the 18th Century has to offer, these little British guys certainly surpassed their foes, the Pirates, in style. 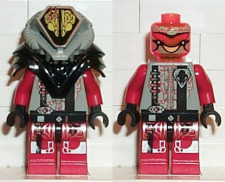 UFO was a controversial theme among Lego Space fans for a variety of reasons, but most could agree that the alien minifigs were the most badass little plastic guys Lego had ever produced. Their detailed armor is elegant yet scary, and their freaky heads are translucent neon colors! Awesome. 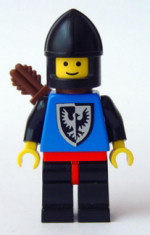 Lego’s Castle theme has always featured some of the best sets and minifigs the company had to offer. The Castle soldiers made in the 1980s were among the greatest, and the Black Falcons were the coolest of these designs. Black, blue and silver (with a little bit of red, here and there), these minifigs were things of beauty. 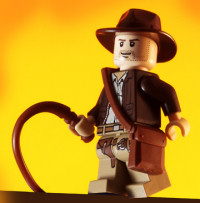 Many Long-time fans of Lego tend to see the company’s more recent trend of producing licensed sets as a sell-out, as the Lego Group did just fine creating its own themes and characters for several years, thank you. So, it’s with trepidation that a licensed character takes the #2 spot. But there’s no denying it — from his excellent likeness to his awesome accessories, Lego Indiana Jones is sheer perfection. 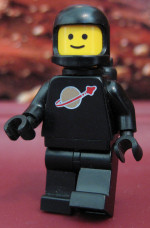 Lego’s Space theme is one of its most popular, probably because the sets involve so much imagination, both in design and play. The Classic Space astronaut dominated toy shelves for the first 11 years of the minifig’s existence — and went pretty much unchanged during that whole time. It was available in five different spacesuit colors — red, white, yellow, black and blue. With the Classic Space astronaut, Lego demonstrated how it could create an engaging design in the simplest of ways. With their one-color spacesuits, air tanks, awesome chest emblem of a rocket circling a moon, and classic Lego smiley faces, the original astronauts mini-figs were a flawless, utilitarian design. We’ll even forgive the fact that their faces were left open to the vacuum of space.