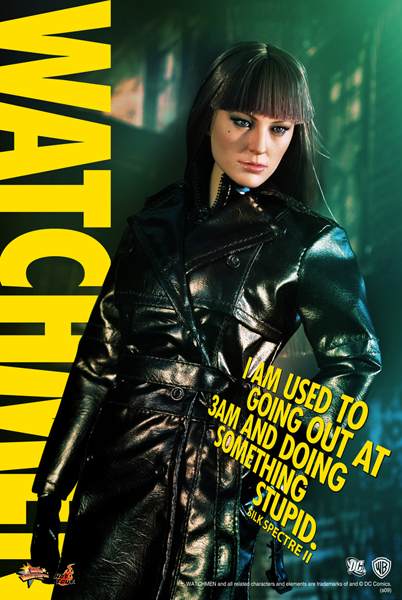 Hot Toys is making a 12-inch Watchmen movie Silk Spectre; this is the teaser image, so I think it’s pretty safe to assume she’ll be wearing her black and yellow outfit underneath the trenchcoat. I wonder if she’ll have the Joker’s moving eyes, or if that was just for their crazy deluxe figures. I’ll let you know as soon as I know. (Via ToyNewsI)