When Doctor Who returned to TV screens in 2005, it not only excited a group of loyal fans but turned a whole new crowd of burgeoning nerds onto the often weird but ultimately fun British science fiction series. It also finally gave Who fans a great deal of merchandise, of which they’d only enjoyed a trickle during the previous four decades or so much of it thanks to Character Options and their Doctor Who action figures. But let’s face it — while the Doctor has battled many types enemies over the years, very few of them were as merchandisable as the Daleks. So unfortunately, when you went to local toy store to buy a Doctor or a Rose action
figure, you were much more likely to find these 10 bottom feeders
waiting in their place. 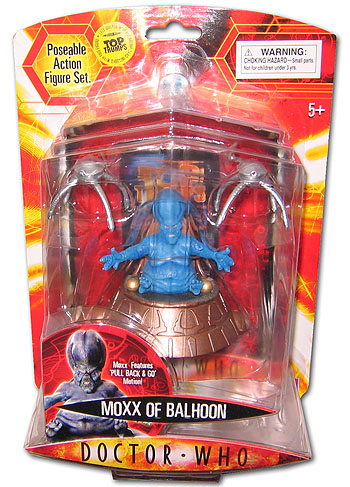 One of the first alien races seen on the new series, Moxx appeared in “End of the World” and his most memorable scene is spitting in Rose’s face. Then he died. If his figure could have actually sprayed water, it might have been interesting as something more than a weird Max Rebo bootleg. 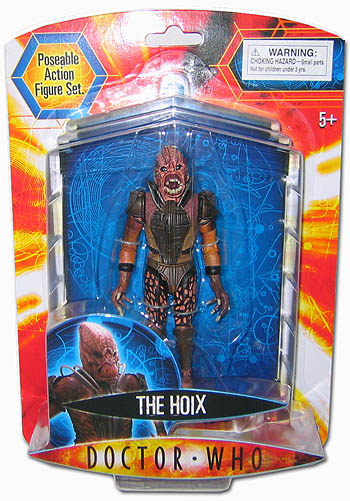 Remember the Hoix? No, of course you don’t. That’s because most people blocked out the terrible episode “Love and Monsters.” For those that didn’t, like me, it’s because the cool-looking Hoix has an all too brief cameo in the episode; alas, he was much more of a running gag than a legitimate threat. 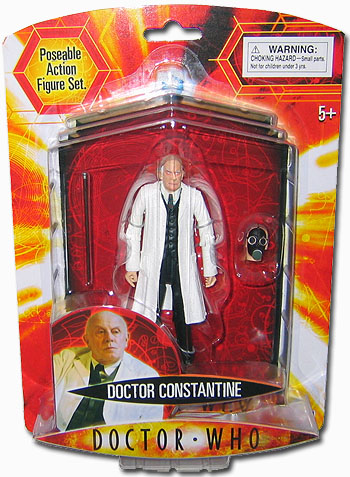 “Empty Child” was a creepy standout of the first season, but an action figure of lab coat-wearing-old man Doctor Constantine wasn’t ever going to be high on any Who fans’ wishlist, even with his gas mask on, Besides, the far creepier “empty child” of the title was also available in a co-pack with Captain Jack. Everyone got them instead.

7) Faceless Grandma Connolly and the Wire 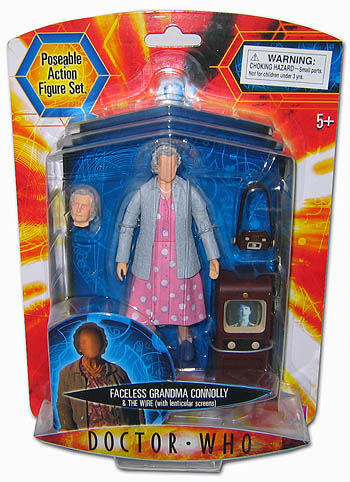 “The Idiot’s Lantern” was an okay time waster in season two that featured Faceless Grandma Connolly, essentially a smarmy lady on television who took your face away. It’s hard to believe anyone got excited at a two-pack of a faceless old woman (who inexplicably came with an optional head, in case you simply wanted an action figure of a face-having old lady) and a TV with a lady smiling on it. Weirder than that is that Rose also succumbed to the Wire that season, and a figure of her makes much more sense. Of course, they didn’t make that. 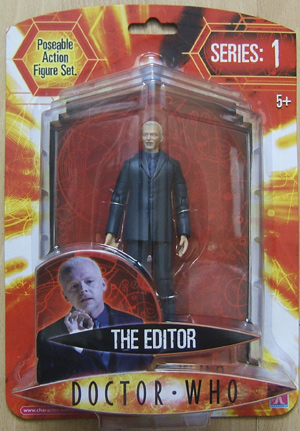 An evil, pasty faced man in a suit, The Editor was actually the servant of the even more evil Jagrafess on board Satellite Five. He wasn’t even the real bad guy, but more of a middle management-type. If you’re wondering why this character was chosen to be immortalized with a toy, look no further than the actor playing him, star Simon Pegg, whose loyal followers Character Options figured could use one more action figure. Alas, the figure’s likeness was horrible, and only the most loyal Pegg-heads bothered to purchase it. 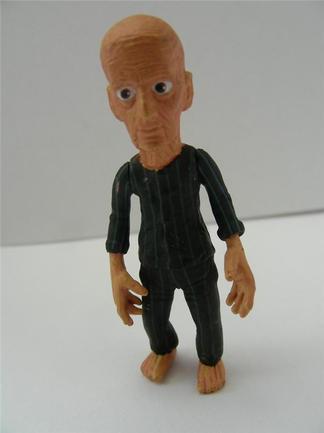 Any version of any Doctor is usually a great addition to any wave… unless he’s a silly CGI Doctor that looks more at home in a Harry Potter film than Doctor Who. Plus anything that reminds you of the terrible ending to Season 3 should be set on fire.

While “The Quiet Dead” was an interesting piece that set up the backstory of the time war (and the Doctor’s love for Charles Dickens), an action figure of a reanimated corpse of an elderly woman is still just an ugly action figure of an old lady. I guess if you wanted to, you could create a grocery checkout line playset, with a very angry Doctor waiting for the woman to find her coupons in her enormous purse. 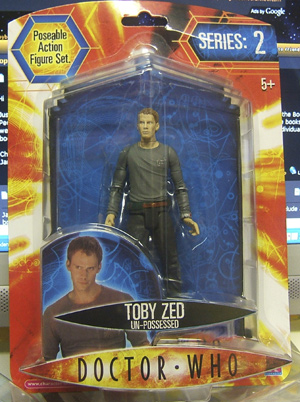 When originally released in his possessed form — with red eyes and covered in ancient script — one could see why the evil Zed was thought to be an interesting figure. This variation however, is merely an action figure of a 20-something virgin. If we wanted that, there are plenty of Napoleon Dynamite figures in the clearance bin, thank you. 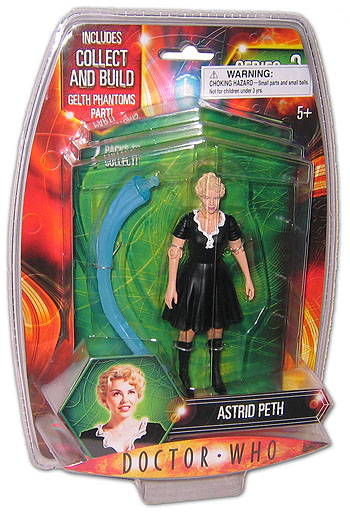 Another bit of star fucking sadly, Astrid (an anagram of Tardis) was a one-off companion in the somewhat uneven “Voyage of the Damned” special who perished when she bravely fought off perhaps the series goofiest villain ever, Max Capricom, who luckily didn’t get an action figure. The big draw of this figure is that it’s of actress pop sensation Kylie Minogue. I guess the toy makers hoped for some big crossover with fans of the first (and sadly best) live action Street Fighter film. [Ed’s note: Kylie Minogue is awesome. End of discussion.] 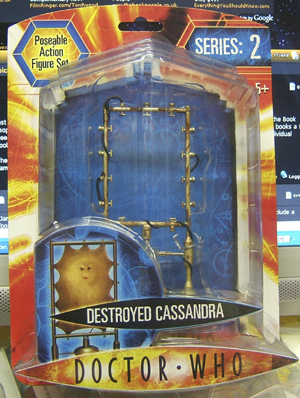 Lady Cassandra O’Brien was an animated flap of skin that terrorized the 9th Doctor in “End of the World” and somehow lived to haunt the 10th Doctor in “New Earth.” Seeing as the character is basically a towel hanging on a fancy rack to begin with, she wasn’t much of an offering the first time, let alone when Character Options re-released her empty towel rack as “Destroyed Cassandra” a year later. It’s one step up from releasing “Invisible Doctor” and selling an empty package — although at least that would be of a main character.