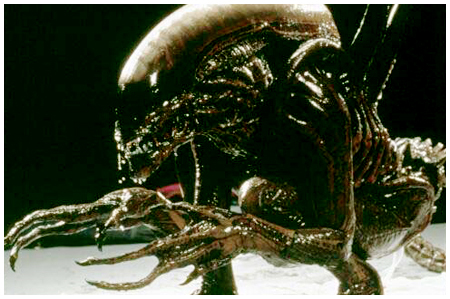 ?
The news that Ridley Scott is returning to the Alien franchise should be cool. Despite a few weak sequels and the generally terrible Alien Vs. Predator movies, the franchise has plenty of life in it, and Scott’s original Alien remains one of the best sci-fi/horror films ever made. Unfortunately, Scott has signed on to direct a prequel to his masterpiece, which I couldn’t give less of a shit about. Let me quote /Film for why:

The film
will be a direct prequel to Scott’s original 1979 film. This leads me
to believe that the film will tell the story of the crew of the empty
ship that is discovered in the first film. In a 2002 interview, Scott
wanted to return “to where the alien creatures were first found and
explain how they were created.”

And let me quote Filmdrunk to explain why this is a shitty idea:

You know what are super cool?  Sharks.  You know what’s not that interesting?  The story of how sharks were created. … Somehow Ridley Scott went from being the guy who turned down both Alien sequels to the guy who’ll make prequels, movies about Monopoly – whatever studio execs want.

Let me tell you what this movie will be — an alien stalking that first spaceship, or, basically, a remake of the original Alien except everybody dies and it’ll saddled with an incredibly lame origin story that makes the whole franchise less interesting. No thank you, Ridley. Why don’t you just go ahead and work on a prequel to your Monopoly film instead. Tell us how Uncle Moneybags met the dog and thimble.