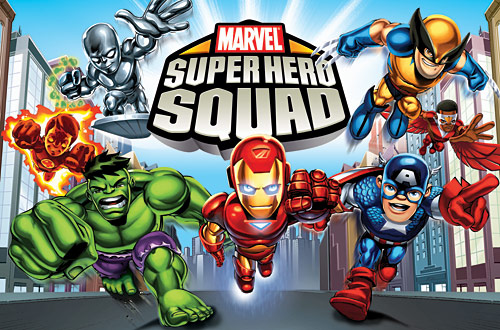 That cutesy cartoon version of the Marvel superheroes? They’re going to premiere in September on Cartoon Network, and they’ve gone all-star. Check out this cast list: