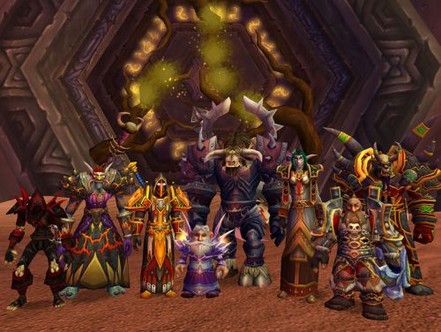 Sorry I didn’t post this yesterday, but I was having technical difficulties with the site (and shockingly, I mean actually technical difficulties, not just me getting too drunk to post. I mean, yes, I got drunk, but only after I found out I couldn’t post. Whatever. Let’s move on). Variety announced Sam Raimi will direct a WoW movie after he’s done with Spider-Man 4, and I think that could work out spectacularly.

First off, this is the highest profile director a videogame film has ever gotten, right? So that’s good. Plus, unless he’s bored (as he clearly was during Spidey 3), he directs incredibly kinetic, action-packed films, which should work out well with WoW just as it did with Spidey, if not moreso. Also, WoW has a story framework, but the whole point of it being an MMORPG is that it’s open if I’m not mistaken — so as long as some locations and classes and spells show up in the appropriate context, I imagine the Wow fans will generally be happy. Basically, I think Raimi could — and very much hope he does — make a wilder, more insane Lord of the Rings-style movie. Which sounds awesome to me. Tell me, you poor WoW slaves — what am I missing?