Playmobil gets lumped together with Lego in people’s minds and it’s easy to see why. They’re competitors, often found near each other in the toy aisles. Both toylines are made by European companies that in the 1970s began selling sets featuring a variety of similar play themes and miniature figures. But there are some important differences, such as the fact that Lego is a building system while Playmobil is not. But one other, somewhat subtle difference is that Lego sets generally play it safe while Playmobil sets occasionally display a dark sense of humor and subversiveness. Don’t believe me? Check out 17 of the Playmobil sets least appropriate for children.

?
This set includes several construction workers using saws and other hand-tools, standing on a ladder, and maneuvering around a road roller. But most importantly, it includes three crates containing 18 bottles of beer! I’m sure it gets hot out there working on the blacktop, but didn’t anyone ever teach these guys about drinking while operating heavy machinery?! One of the workers is even depicted on the box swigging from a bottle while pushing the roller! 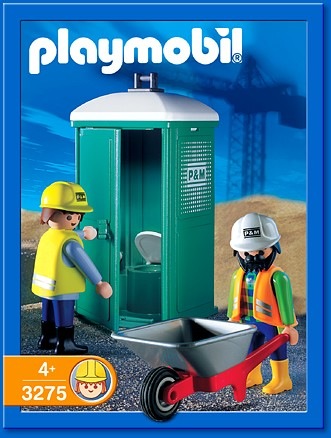 ?
It’s hard not to imagine Playmobil’s toy designers giggling to themselves as they received approval to release a whole set dedicated to losing a few pounds from your colon in one of those aromatic portable commodes. Well, even Playmobil construction workers need a place to grunt and strain when those early morning Egg McMuffins come to pass. Hey, at least it can double as the Playmobil TARDIS. Or is that TURDIS? 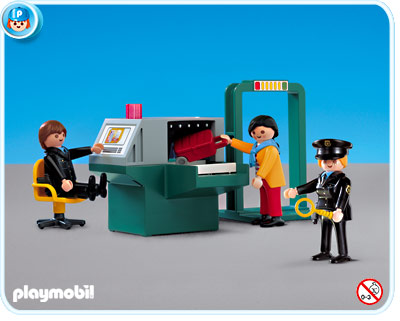 ?
While no adult who has flown in the last few years would want to look at this set, let alone play with it, it is a pretty fascinating set for children. Playmobil loses marks for their lack of realism, as there should be an additional 25 people behind this woman and nobody should be smiling. 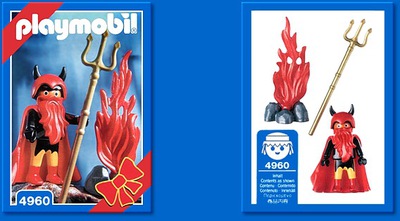 ?
Gnomes are a bit scary all by themselves, being tiny old guys who live in your garden, wear pointy hats and send you stalkerish postcards from wherever they travel. So naturally, Playmobil released a whole series of gnome figures. And to top it off, they even made Gnome Satan. It is he who awaits the eternal souls of all bad little plastic people! 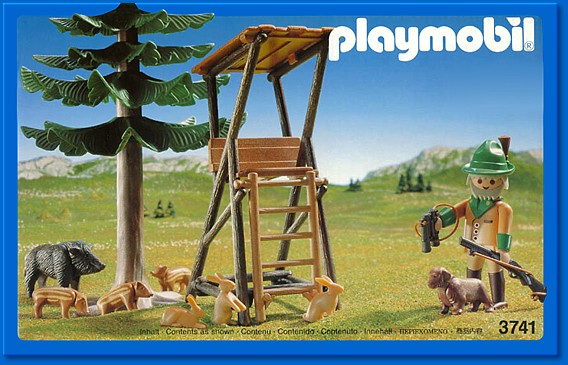 ?
Aww, look at all the cute, hopping bunnies! And over there’s a mother boar with her adorable piglets. Okay, now take aim, ready, fire away! This stand’s perfect for shooting the crap out of small, helpless animals, which are included. 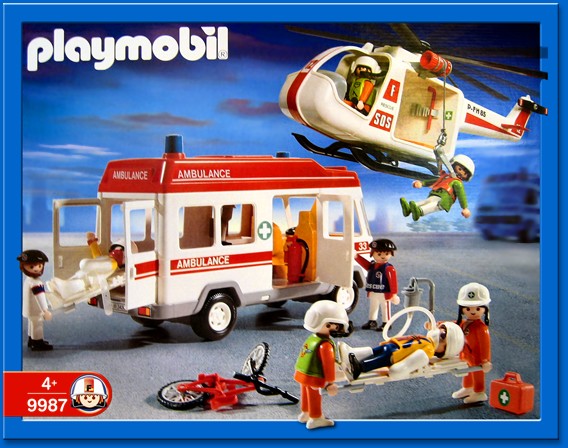 ?
There’s been an impossibly horrible bicycle accident! Paramedics are on the scene and a Medivac is on its way! One guy is bashed up pretty badly and on oxygen and the other is in a full body cast! Oh God, the humanity!… You know, this would make a perfect toy for 4+year-olds! (Actually, the massive overreaction to what looks like someone falling off his bicycle is pretty comical.) 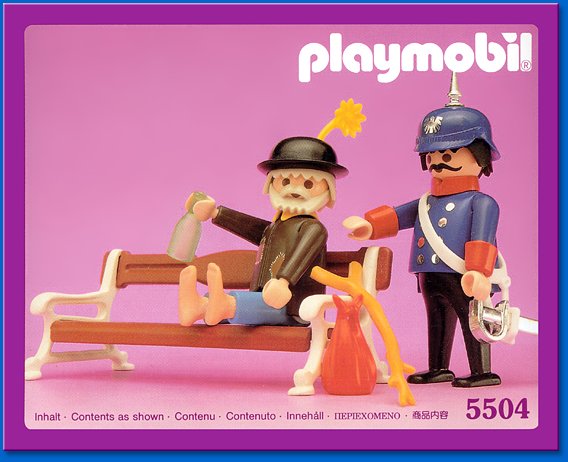 ?
“Hey, you drunken old bum! Stop sleeping on that park bench and get a move-on! Chop, chop!” I’m sure that ain’t soda pop the poor old fellow is getting sauced on. Those construction workers we saw earlier probably offered him a bottle of beer to assuage his troubles. Sadly, some kids don’t realize they’re seeing their own future when playing with this set. 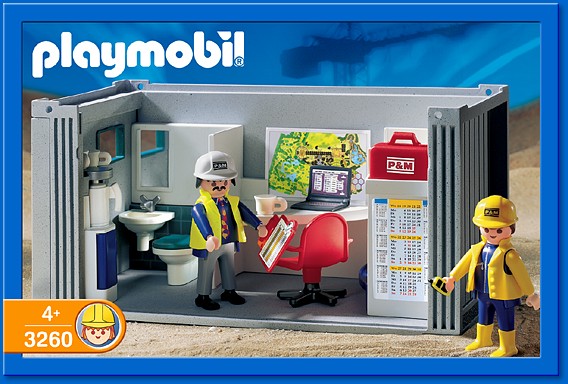 ?
Continuing the unbreakable union of construction workers and the need to explosively defecate, Playmobil offered this portable office building that had the john not even two feet from the foreman’s desk, within easy smelling distance of his coffee cup. There wasn’t even a wall in between. Jesus, have some modesty, hardhats! 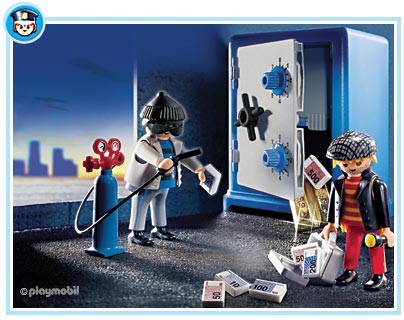 ?
Few toys get released that feature crime without punishment, but that’s what we have here. These two savvy safecrackers can accomplish their goal and get away scott-free… if your parents were too cheap to spring for the police set. 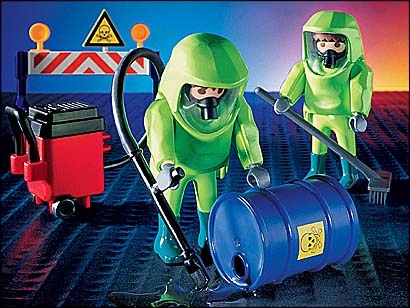 ?
This subject matter is rarely served up to children but that’s what makes it special. Children can spend hours cleaning up nuclear waste and wondering if the other Playmobil figures will develop cancer or grow extra arms out of their backs. 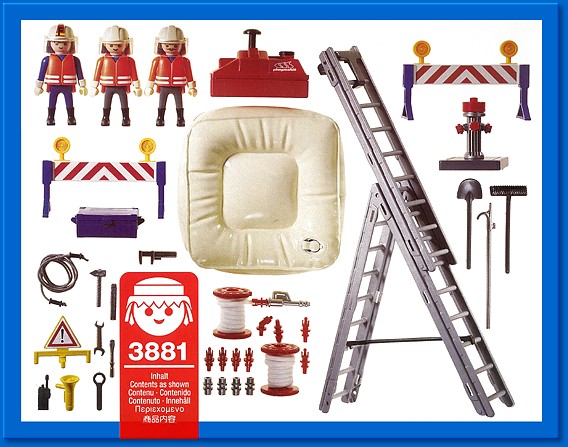 ?
When a Playmobil figure decides he wants to end it all by leaping from a plastic building, these guys rush to the scene to save the day. Complete with an inflatable air mattress to break the fall, it’s a shame this set does not actually include the jumper, the ledge or Martin Riggs. 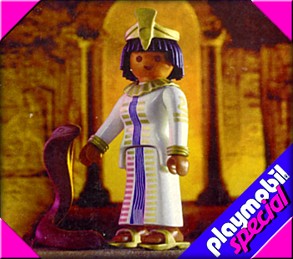 ?
A figure of Cleopatra seemed like a natural for Playmobil. She’s an historic figure kids would know and was automatically cool because she was from ancient Egypt. What kids might not have known was that their Cleopatra set was a memento of the queen’s last moments before she allowed herself to be fatally bitten by a poisonous asp. Lovely. 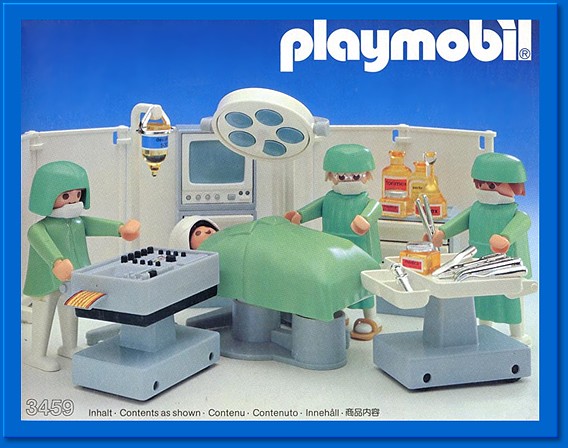 ?
There’s something inherently disturbing about maniacally-grinning children’s toys armed with sharp, shiny implements and preparing to carve into someone’s brain. (Kind of like Puppet Master!) Even network medical dramas have taken to broadcasting surgeries in full, gory detail that are not for the squeamish, so it’s natural that kids would want to reenact Grey’s Anatomy in the playroom. Does this set come with the ghost of a dead patient who’s boffing the doctor? 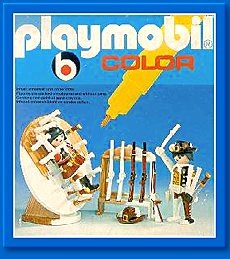 ?
Some people like to blame all of society’s ills on children’s entertainment instead of bad parenting. Jimmy learned his murderous ways by playing Grand Theft Auto, you see? So, when Bobby leans the kitchen table against the wall, straps his sister to its surface and begins hurling Mom’s best steak knives at her, who’s to blame? Playmobil and its Knife-throwing Circus Act set, of course. And for good measure, the circus act also included guns. It was one of the Playmobil sets that came with markers, too, so you could color on the blood. 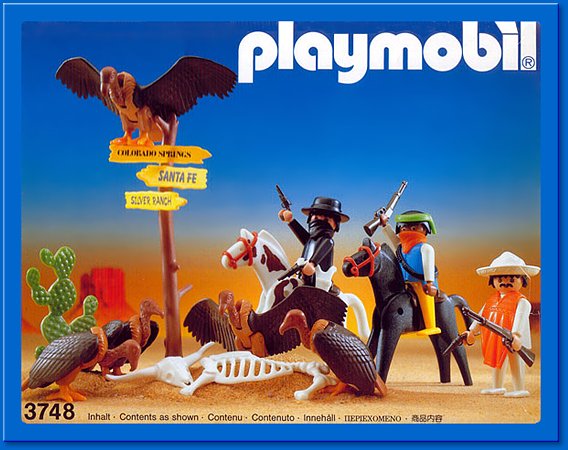 ?
Watching a gaggle of vultures pick clean the bones of a dead ox as a bunch of banditos cheer them on sounds like an hour of fun to me!

?
Animals aren’t just the cute, fuzzy entertainment at the zoo. Kids might as well start learning early on about the harsh, sadistic ways of nature. To illustrate this fact of life, here’s a pack of wolves brutally taking down a moose. Call the Discovery Channel! 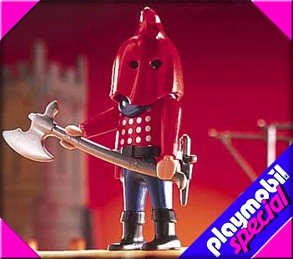 ?
This Playmobil axe man sure ain’t the lead guitarist of a heavy metal band. Rather, he’s the hooded executioner whose dull blade will be the last thing felt on the necks of your condemned playpeople before their heads roll off the dining room table, across the tile floor and down the nearest heating vent.