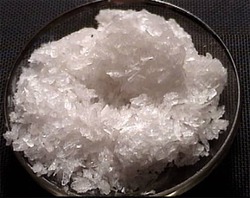 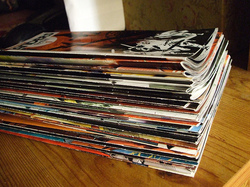 One of the more unusual aspects of the enormous meth ring authorities announced they busted yesterday
was the alleged conspirators’ chosen instrument for cleaning their
dirty money: classic comic books. Investigators seized approximately
100 boxes of comics, including first-edition Batmans and Supermans in
plastic sheaths to protect their value. As Colorado Attorney General
John Suthers said at a news conference about the 41 arrests, “What we
are talking about is money laundering — a means to have something of
value that can easily be converted to cash but keeps you from having
stashes of cash around.”
…

The meth kings’ comic-book treasure trove was reportedly worth
$500,000, and if the accused dealers are convicted, the government will
likely auction off their colorful booty. For comic-book guys, the idea
of such a bonanza hitting the market is more powerful than a dose of…
well, you know.

First of all, on behalf of nerds everywhere, I’d like to give a big thank you to meth addicts everywhere for adding a bit of badly needed cool to comic book collecting. Knowing that we could trade some of our Spawn back-issues and swap them for a few rocks instead of getting ripped off at some mercenary comic book store is very soothing. That said, I can’t imagine how meth users are going to affect the back issue industry. Are drugs driving prices up even now? Are the cons going to be swarmed with meth addicts looking for back issues of Superman’s Pal Jimmy Olsen? Where does the CGC and their ridiculous grading system fit into all of this? MY GOD, THEY WERE PART OF IT ALL ALONG, WEREN’T THEY? EVERYONE, GET YOUR COMICS AND SMOKE THEM AS QUICKLY AS YOU CAN IT’S THE ONLY THING THAT MAKES SENSE ANY MOREE AAAAUUUGGHH