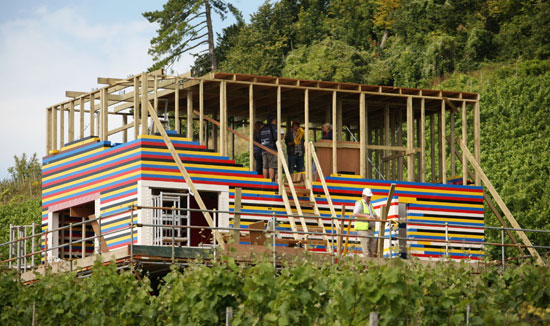 ?
More specifically, the house that James May built… with Legos. The clearly mad Brit used more than three million “bricks” — by which I mean brick-sized bricks made up of 272 Lego bricks a piece — for a total of well over 816,000,000 Lego pieces used in creating his home. That’s… that’s a lot of Legos. It’s also one incredibly ugly house, but I guess trying to find 816,000,000 red pieces is too herculean a task for any man. (Via GeekSugar)