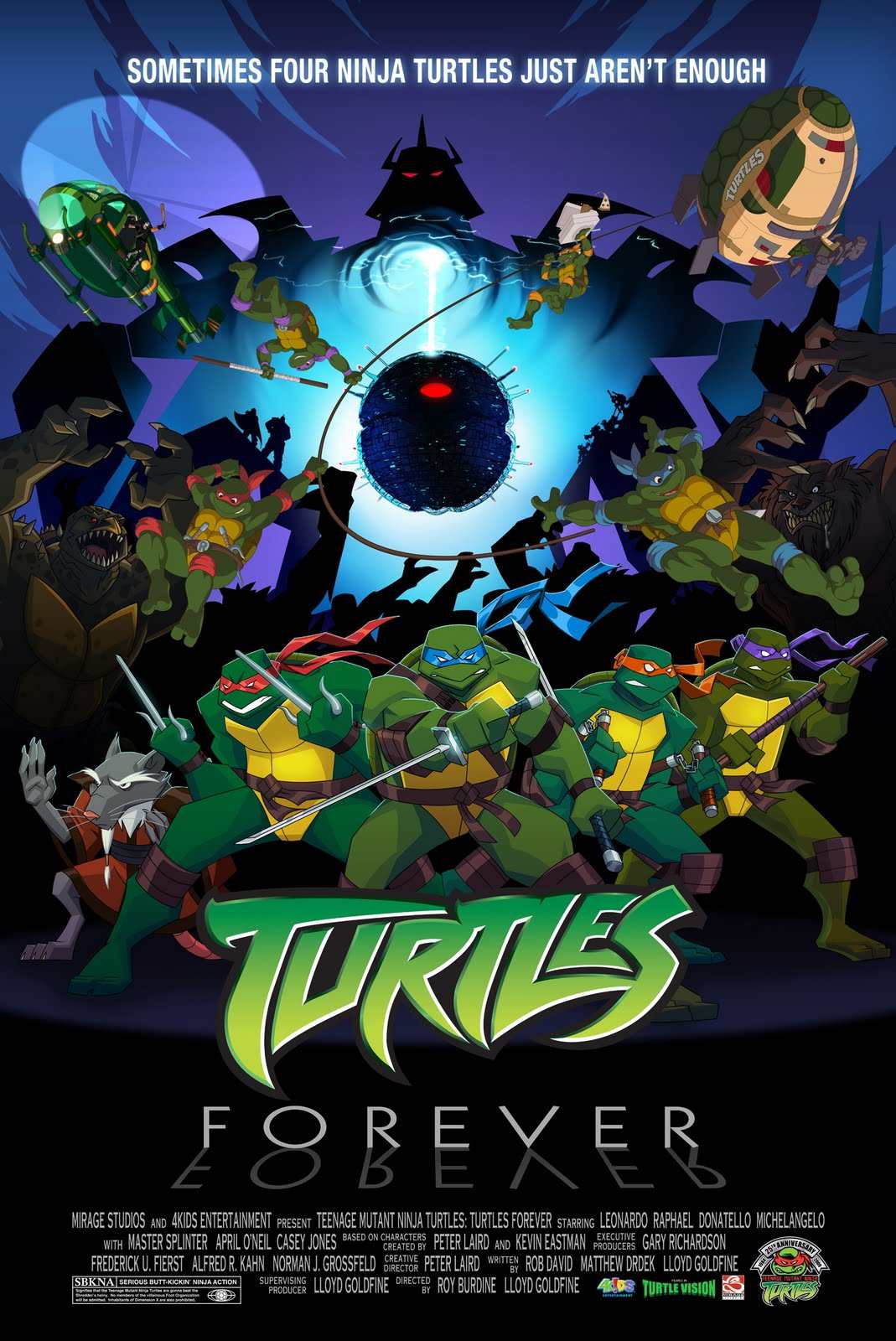 ?
So… remember that Teenage Mutant Ninja Turtles special that 4Kids was working on that was going to team-up the current Turtles with their late ’80s counterparts? Here’s the movie poster. Granted, it was a bit more exciting an hour ago before Disney mouseketeered the entire Marvel universe, but I have to admit seeing the goofy ’80s TMNT cartoon designs along with the new guys, I’m kind of looking forward to how this wackiness plays out. My only problem is that apparently the Classic Turtles will have new voices — soundalikes, that is — because 4Kids “couldn’t get the rights.” Since 4Kids owned the original cartoon lock, stock and Krang, I’m certain this means only that the original contracts expired and 4Kids didn’t want to pay what the original voice actors wanted to reprise their roles. That sucks, not just for the voice actors, but also because that could kill a lot of the nostalgia factor that makes this cool. Thanks to LBD “Nytetrayn” for the tip.