When it comes to superheroines based on already-existing male superheroes, the comic series Alias (quite possibly the series with the best-ever use of Brian Michael Bendis’ never-ending stream of inane-but-interesting dialogue) said it best:

?
Indeed, they’re mostly terrible, but there are some good ones, too. Some I would even genuinely pay money to read about! These five are pretty much the only ones that fit into that category. 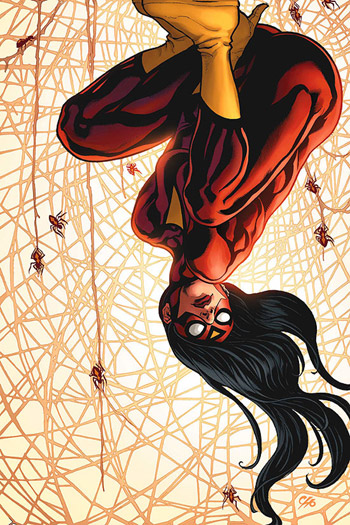 ?
Believe it or not, there have been four Spider-Women. I know, I don’t get it either. Especially since the original one, Jessica Drew, is the only one worth a damn. See, all the other Spider-Women were too much like old Webhead, but this one pretty much just shared a superhero name with Peter Parker. Her costume’s different, her powers are different and her origin is about as different as you can get. And speaking of that origin, it’s interesting without being ridiculous (well, by comics standards), and gives her all kinds of mysterious, intrigue-laced background with HYDRA and SHIELD. Plus, she got replaced by the Skrull queen for a while, so, you know, that was a pretty big deal. 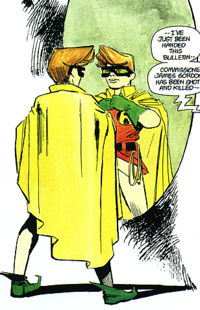 ?
All you need to know about Carrie Kelly from The Dark Knight Returns is this: She saved Batman. Batman, the guy who thinks of everything, needed saving. And Carrie did it. That should be enough to put anybody in the pantheon of awesome characters. But add to that the fact that she managed to hold off Superman using a slingshot, and she gets a lifetime pass. 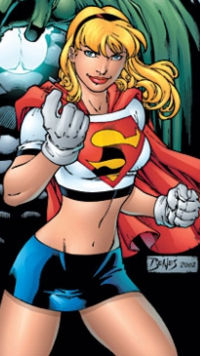 ?
The less said about the current Supergirl, the better (she’s terrible). But the one who came before (who, incidentally, has been dragged to hell because DC Comics are so light and fun) was pretty damn awesome. Why? Because she was a superheroine with Superman-like powers (bonus: fire wings) who fought demons. As my good friend Dr. Maxwell von Puppykicker the Third put it, it’s she’s basically Buffy but with a big red S on her chest. That’s neat. And hey, writer Peter David liked her so much he even started another series, “Fallen Angel,” with (basically) her as the main character. 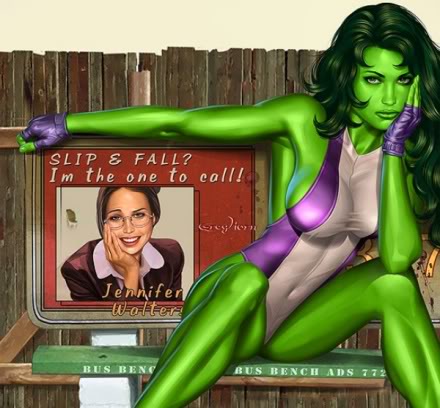 ?
Here’s the thing about She-Hulk: She’s fun. And really, just like Spider-Woman, she’s not all that much like the male superhero her identity springs from (her broody cousin, Bruce Banner, the Incredible Hulk, who gave her powers via a blood transfusion) While he’s out worrying about not accidentally destroying towns, She-Hulk’s doing fun stuff like being aware that she’s a comic character and using comics themselves as evidence in court cases (she’s an attorney). Hell, it’s not even that big of a deal for her that she has her normal human identity of Jennifer Walters and her big green self. Yeah, Marvel’s attempted to take her the serious route a couple times (*cough* Geoff Johns on Avengers *cough*) but mostly she’s just a fun gal without too many weird attachments to old green jeans. 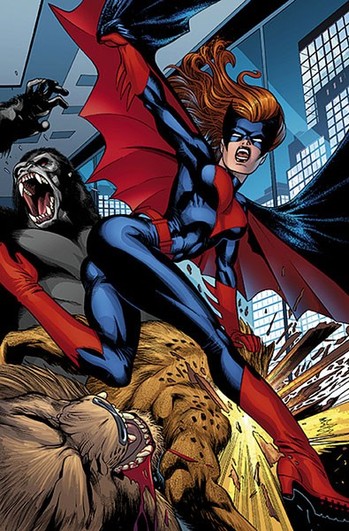 ?
Don’t even try to tell me these things aren’t awesome: Batwoman fights the adherents of a crime religion who follow a crime Bible that says they have to kill her. She often kicks people right in the face. She is now associates with former members of the Religion of Crime who can turn into werewolves and shit. Some people don’t like her because she’s a lesbian, but those people are crazy because 1) that’s plain old bigoted and 2) werewolves, face-kicks, Religion of Crime-fighting. That is all.