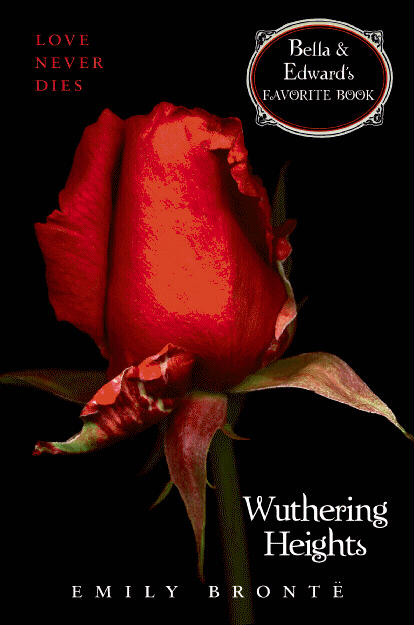 ?
You’re looking at the new HarperCollins cover for Emily Bronte’s Wuthering Heights. Now, the only thing I hated more in high school than myself was a Bronte novel, but this… not just a rip-off of the Twilight books’ covers, but a special blurb mentioning that it’s Edward and Bella’s favorite book? This goes too fucking far, people. Although I’m not at all surprised to learn the two have terrible taste in literature. I imagine Jane Austen’s heroines are far too feisty and strong-minded for the undead pedophile and the emotionless, thoughtless block of concrete that is Bella. (Via Super Punch)