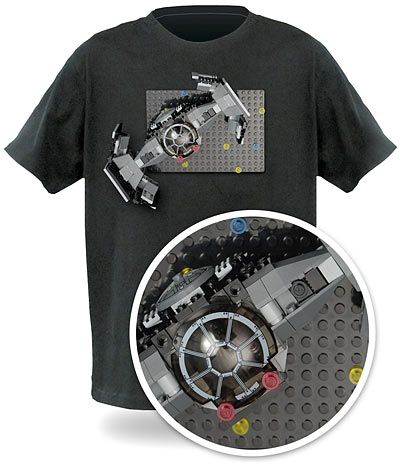 ?
Oh, indeed — it’s a shirt with a Lego plate on it, allowing you to build whatever design you want on it. The Legos aren’t included, nor does the shirt explain how to keep a full Lego Darth Vader TIE Fighter from falling off your chest. But that’s still a pretty awesome problem to have. The shirt is $18 over at ThinkGeek. (Via Gizmodo)