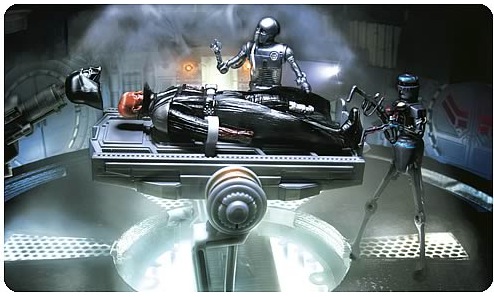 ?
This Star Wars “Birth of Darth Vader” set was clearly design to have one feature and one feature alone, but Hasbro blew it and missed the biggest of missed opportunities. This set does not have a sound chip that says “NOOOOOOOOOOOOOOOOOOOOOOOOOOOO!” And thus, it might as well be garbage. (Via Entertainment Earth)