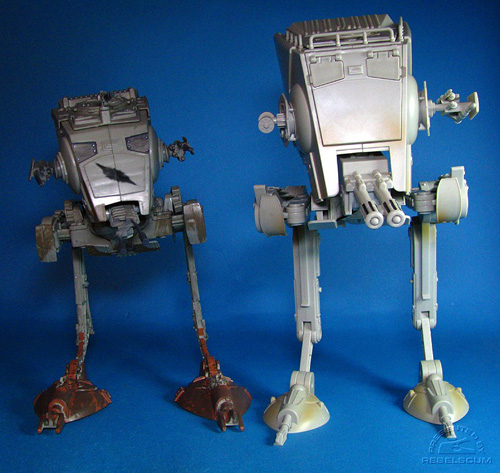 ?
I knew Hasbro was coming out with a new AT-ST vehicle, but what I didn’t know is that is would be as much as an improvement on the old vehicle as their recent Millennium Falcon. Check that size difference out — the new AT-ST is big enough to seat two (which is finally accurate to RotJ), its view-shield can be positioned up or down, and the legs are poseable enough to recreate the wobble after they step on a pile of rolling logs. 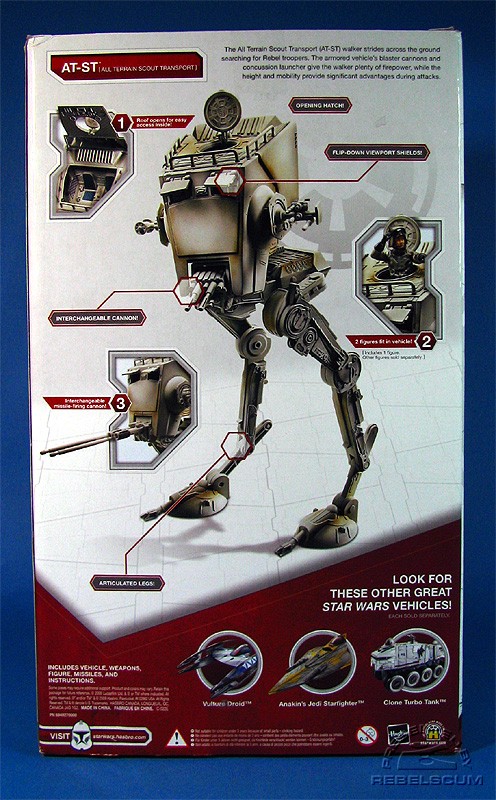 ?
As Ghetto Steve Sansweet would say, “That shit is tight, yo.” What I like best about it is the implication that Hasbro might get around to remaking the AT-AT at a bigger scale and with more features. That would be my nerd kryptonite. Even just typing the words makes me want to write Hasbro a check for $150. Check out more pics of the Wal-Mart exclusive AT-ST over at Rebelscum. (Via Poe Ghostal)