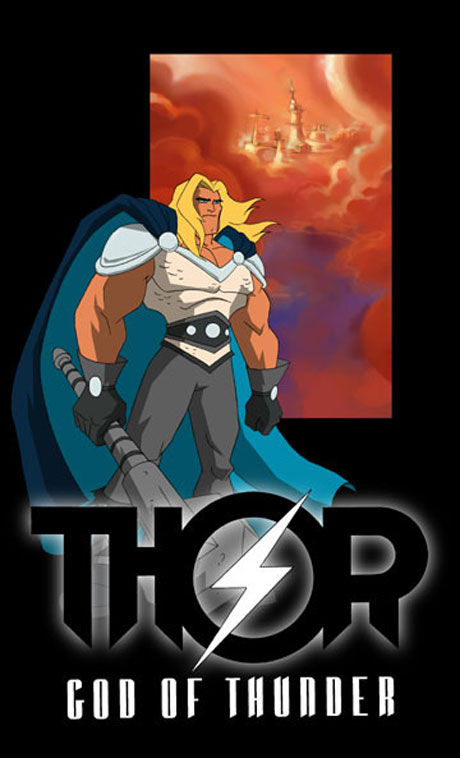 ?
No, not the Marvel superhero. Just the Norse god in a Thor cartoon the mush-mouthed, buttery male model had commissioned back in 1997. You know, Marvel has such a lock on Thor that it’s easy for me to forget that he’s in the public domain of mythology, so anyone can really write anything with the thunder god (although does DC have a Thor? I have no idea). Of course, that doesn’t mean Fabio’s take doesn’t seem more than a little indebted to Marvel’s version, plus — as A Distant Soil‘s Colleen Cover Doran points out on her blog, the tagline for the series is apparently “With power comes responsibility.” Followed by some serious lawsuits, one imagines. (Via Newsarama)