Menu
Home
>
Merchandise
>
Geek Apparel of the Week: Dark Side of Disco 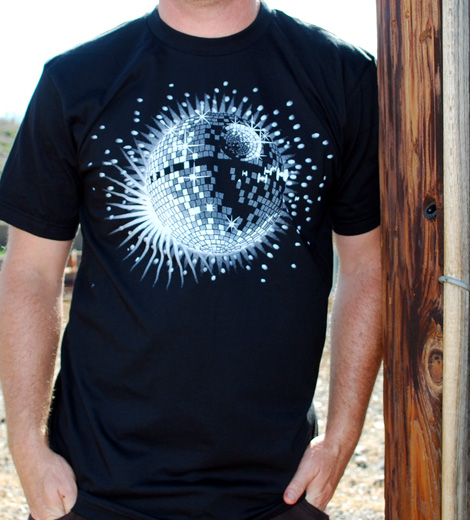 ?
Disco = Still evil. But in an awesome kind of way. The shirt’s a mere $12 over at Uneetee; it doesn’t have a specific product page, but if you click here the shirt’s on the upper-left at the time of this posting. I eagerly await your disco-modified Star Wars quotes in the comments. One to get you started: “As you can see, my young apprentice, your friends have failed. Now witness the firepower of this fully armed — and funky — battle station!”