Menu
Home
>
Nerdery
>
Our Optimus, Who Art with Primus 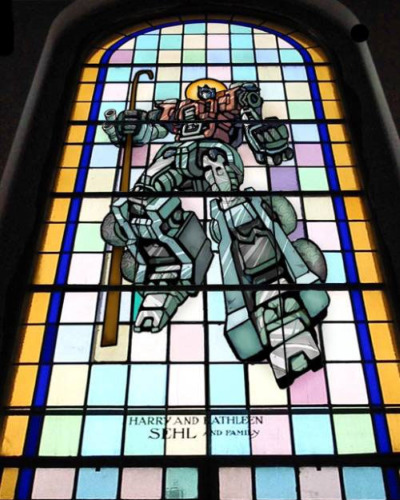 ?
Hallowed be his Matrix of Leadership! Note: Like most amazing nerd pics I post here on Topless Robot, this was stolen from found by that highly competent bastard Great White Snark, who — through entire minutes of research — couldn’t tell if the window was real or not. I can’t be bothered to proofread my posts, let alone do research, so I can’t add anything to the argument. But I say its authenticity isn’t importantv– it’s how we worship Optimus in our hearts that really matters, right?