The magical object known as the action figure, as the name implies, is typically packed with an action feature. Among the many possibilities, our action figurines have been known to come equipped with special moves, sounds, lights, designs, and of course, accessories. Of said accessories, there is perhaps not a single one that gets the action figure connoisseur’s hands trembling with geek joy any faster than the removable helmet. Indeed, there’s something undeniably satisfying about snapping or sliding a helmet on top of your action figure’s head, a coolness that the latest toy trend, interchangeable heads, can’t really hold a Beach Fun Ken doll to. Yes, the removable helmet, an accessory that singlehandedly gives us the chance to not only change the appearance of our 6-inch adventurers, but grants us an edge in nerd narrative action figure fiction, allowing us to add another dimension to our epic storytelling, such as taking off our figure’s helmet to reveal his secret identity or just to show how on it really is (it’s very on, son.) Of the figures blessed with removable helmet technology, these are the 8 greatest. 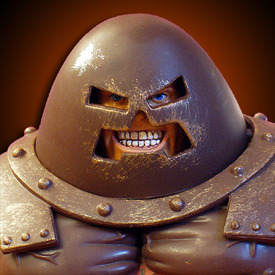 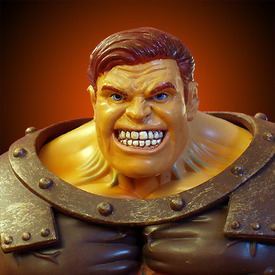 ?
Nine times out of 10, when a figure has a removable helmet, the head underneath suffers. Whether the head shrinks to accommodate the helmet, or the hair gets all messed up, or the head sculpt just gets short shrift anyways. Not so with Toy Biz’s Marvel Legends line, and not so with its Juggernaut figure — keep the helmet on, and it’s a perfect representation of the villain; take it off and Cain Marko’s snarling face is underneath. And not only does the helmet have some sweet scratch details around the eyes and mouth, it perfectly lines up with the head underneath to let Marco’s winning smile shine through. 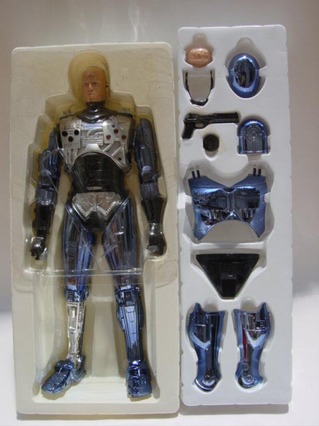 ?
There have been surprisingly few Robocop figures with removable helmets, but this rare toy — made during the Robocop TV series — beats them all with savage police brutality. Both the helmet and the chin guard is removable, but the back part of Alex Murphy’s head also comes off, exposing Robocop’s law-abiding brain! The rest of this 15-inch figure, which includes removable hands and a gun hidden inside his thigh, makes him a most wanted for many a collector.

6) Luke and Han in Stormtrooper Disguise from Star Wars: The Legacy Collection (tie) 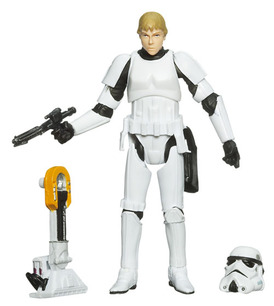 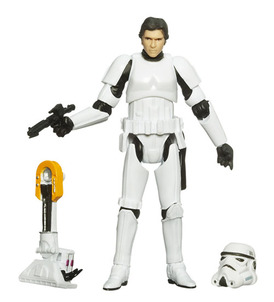 ?
The best part about removable helmets Is when they allow you to have two action figures on one, which is why all of Kenner and Hasbro’s Luke and Han in their Stormtrooper disguises were so awesome. Pop the helmets on them and you had additional Stormtroopers to play with and shoot at the non-disguised figures of Luke and Han. That’s good value! 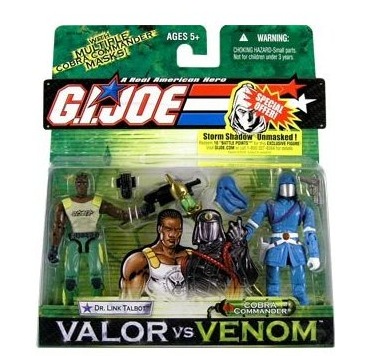 ?
Part of a two-pack shared with G.I. Joe good guy Dr. Link Talbot, this very cool Cobra Commander makes the cut thanks to his dual removable helmet functionality. That’s right — Cobra Commander comes with both the more classically inclined battle helmet and his trademark hood. While removing the helmet or hood won’t reveal the visage of a perturbed used car salesman or one heartbreaker Joseph Gordon-Levitt, the figure does allow you to settle the eternal debate of which mask ol’ CC should wear on a day-to-day basis — both. 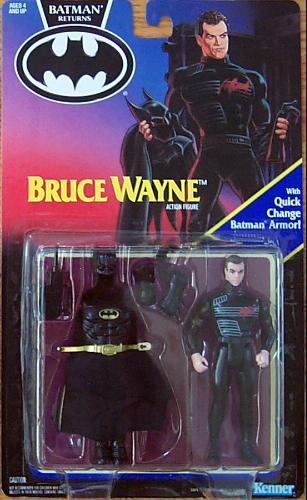 ?
Sure, he didn’t look much like Michael Keaton — this was more than fine, actually — but goddamn if this Bruce Wayne figure didn’t include the first full removable cowl in all of Batman action figure-dom (that we know of, at any rate). Just having the mask and cape in one single piece is awesome by itself, but letting you dress Bruce Wayne as Batman? If it wasn’t totally awesome, it would be infinitely embarrassing. 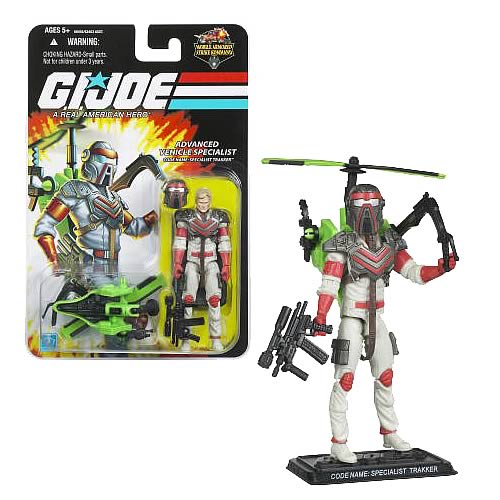 ?
Not too long ago, Hasbro decided to gift Matt Trakker, the leader of the V.E.N.O.M-fighting Mobile Armored Strike Kommand team commonly known as M.A.S.K the ability to continue his fight as a G.I. Joe. It’s kind of sad that the finest M.A.S.K. figure actually isn’t a MA.S.K. figure but a G.I. Joe figure, but it’s still a sweet helmet for a line based a great deal on helmets. That aside, the Specialist Matt Trakker figure comes with a machine gun, removable helmet, stand, and perhaps coolest of all, a back mounted helicopter, leaving us only wanting more G.I. Joe-sized M.A.S.K.

?
Toy Biz tried to update the magic of Mego with its late ’90s Famous Covers series, complete with cloth outfits. The coolest result of this was Famous Covers Spidey, whose mask could be unvelcroed to reveal a puzzled looking Peter Parker underneath — one of the few successful times a cloth mask has ever been used on an action figure and it didn’t look like crap. As for Peter’s look of confusion, we imagine he still wondering why Toy Biz decided to make an Aunt May Famous Covers figure before an Iron Man. 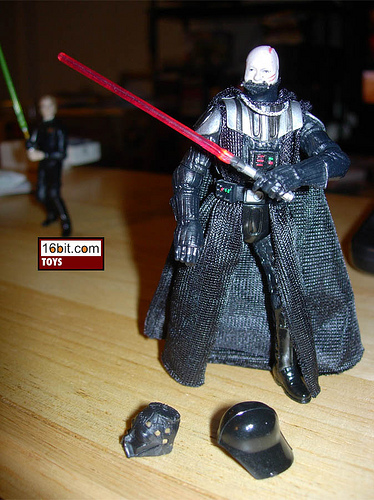 ?
This isn’t the first Darth Vader figure to feature a removable helmet, but it does accurately feature Vader’s two-piece helmet/mask combo, which is no small feat on a very small figure. The overall articulation is swell, but the attention to detail is something to at least tweet the friends over, represented most strongly in what lies under the helmet of Lord Vader: a surprisingly decent likeness of Anakin Skywalker, scars and all, as portrayed by the late Sebastian Shaw in Return of the Jedi.