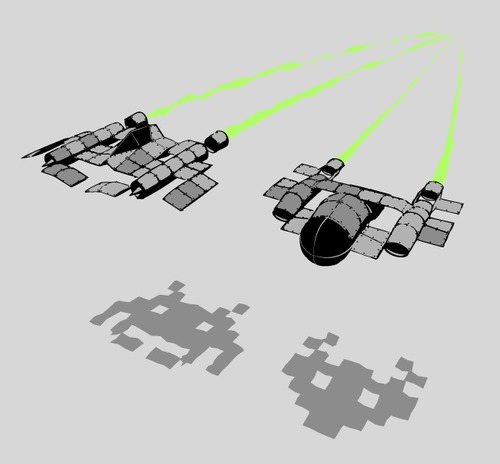 ?
I admit, I’m not too enthused with this design as a shirt, but I thought the design itself was awesome enough that I had to show you guys. I just love the 3-D representation of the classic Space Invader ships. If you do want the shirt, it’s over at Threadless for $18. (Via Geekologie)