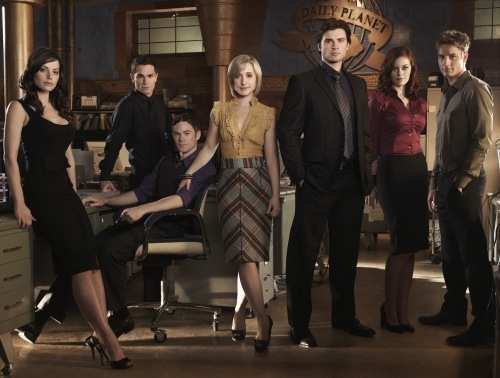 ?
There’s not, but since Entertainment Weekly announced that the two Geoff Johns-written, Justice Society-featuring episodes of Smallville would be aired back to back on January 29th — much like a TV movie, although it won’t be a TV movie — people have been freaking out, Smallville fans as if this is some bold new chapter in Smallville‘s terrifyingly long run, and folks like Great White Snark as if this was a punishment from a cruel and vengeful god. Besides mentioning the two-parter (which, if the previous Johns-penned episode was any indication, should be pretty good), I wanted to assure everyone that no matter what CW does or how it promotes it, this is not a Smallville TV movie, and it does not pre-sage a Smallville spin-off starring the Justice Society. There’s no way. Everybody just settle down.