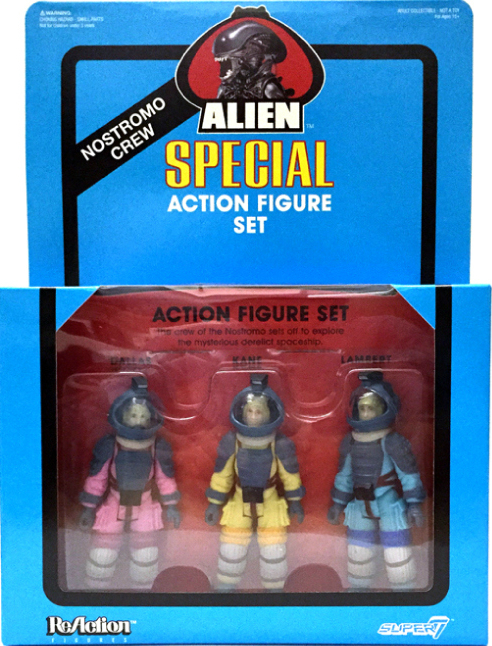 Alien is still the best ReAction figure license, because it’s the only one actually based on old Kenner molds. Furthering the tribute, this special set mimics some of the earliest Star Wars figure multipacks, and gives us a sign that New York Comic Con is really starting to pick up steam in the exclusive toy department. I believe this is the first-ever action figure of Lambert, played by Veronica Cartwright in the movie and made here without likeness rights because it doesn’t have to look like her on a sculpt this basic. You may not see another, unless Reaction gets the Witches of Eastwick license and decides that a figure of her vomiting cherries is a must-have.