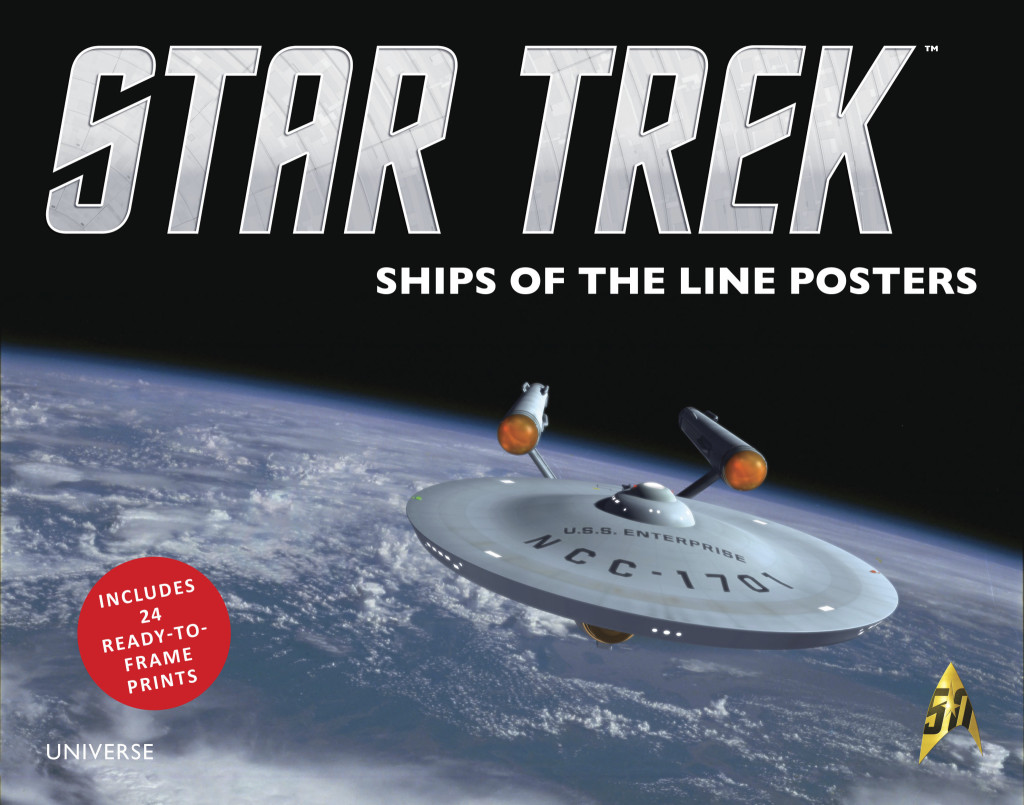 When I was a kid, I’d often look at books about fictional aliens and worlds, or the future history of space flight, and come up with imaginative play scenarios based on the pictures. In the back garden, friends and I would imagine encountering each of the aliens, or flying a particular craft, and whole afternoons could be spent that way.

Now, there was also text in these books…but I never read it. The visual was enough. For all I know, many of these tomes could have been as terribly written as a Dean Devlin/Roland Emmerich screenplay. It didn’t matter. Which brings me to the Star Trek poster book I recently got sent for review, Star Trek: Ships of the Line Posters. There’s no text here – just images and titles. And if you’re not familiar with the show – not that anyone who’s reading this would ever fall into that category – you might not even recognize some of what you see, because, for example, an image of Voyager battling a Borg cube is given a painting-style title like “Terminal Descent,” rather than, “Voyager fights a Borg Cube.” 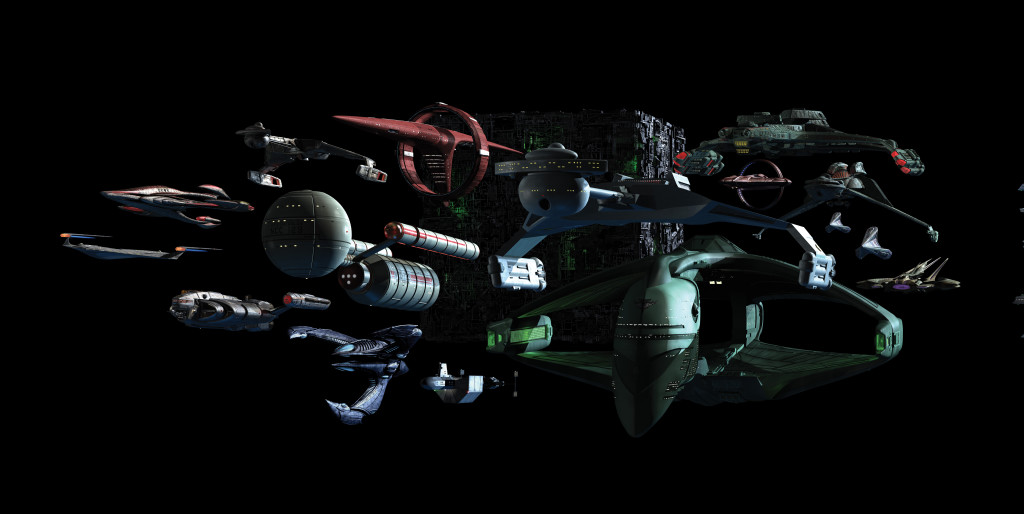 All the poster prints are 11 by 14 inches, though because of the aspect ratio, they’re “letterboxed” on white backgrounds with the title, artist name and Star Trek logo below the image. 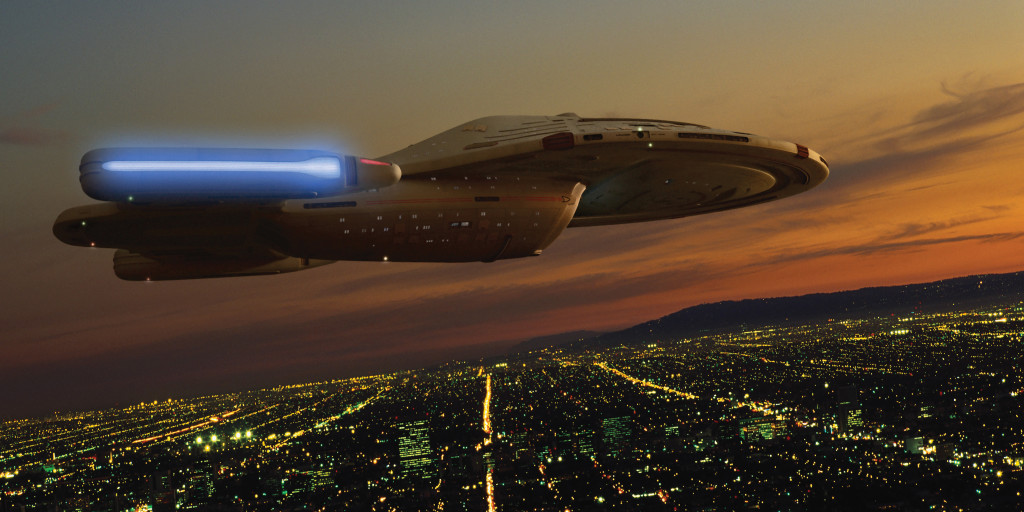 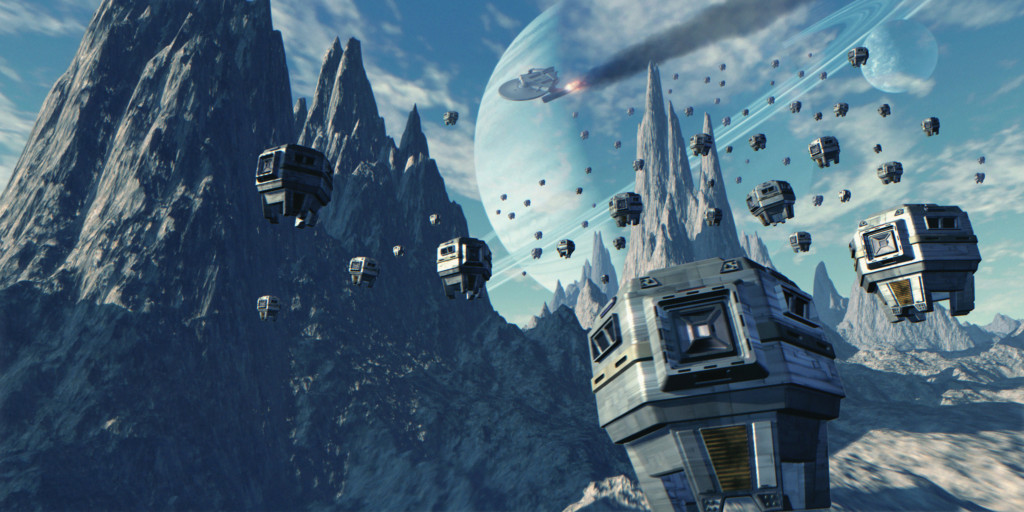 While these images have appeared before on calendars and as novel covers, this is the first time they’ve appeared on thicker card stock with an eye toward framing. I don’t know that anyone would frame all 24, but any Star Trek fan is bound to find at least one favorite that merits it. 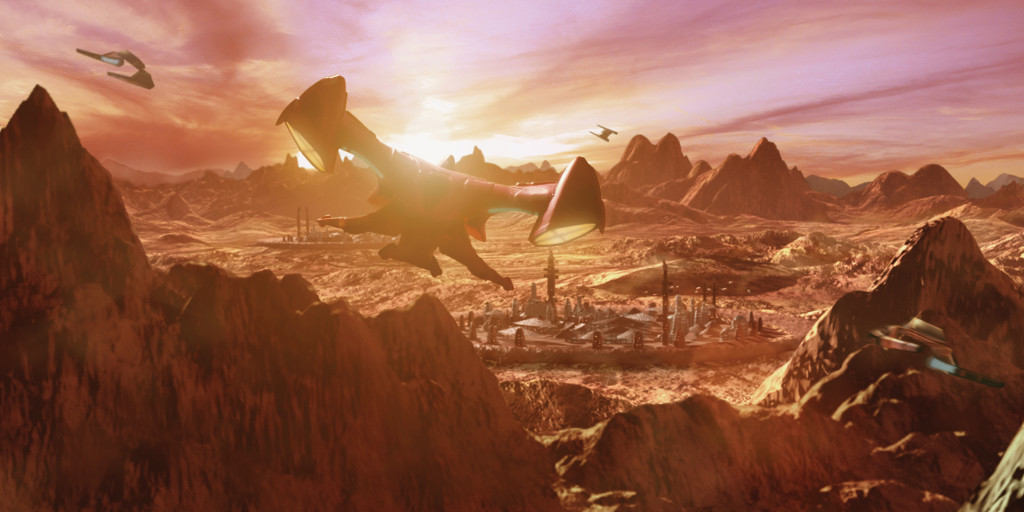 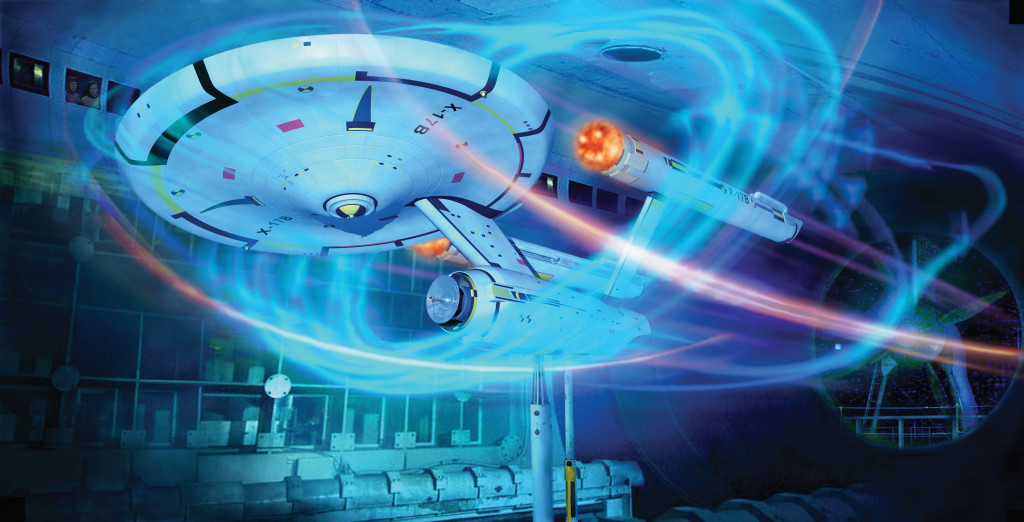 I would suggest, though, that this would make the best gift for the young Trekker in your life. Make the kid feel like they own some real art, and don’t tell them it cost less than fifteen bucks – they won’t care. The presentation – a cardboard box-sleeve that opens outward and has a sheet of tissue paper covering the prints – gives it an aura of importance, while the images within will stimulate thoughts of an expanded universe.