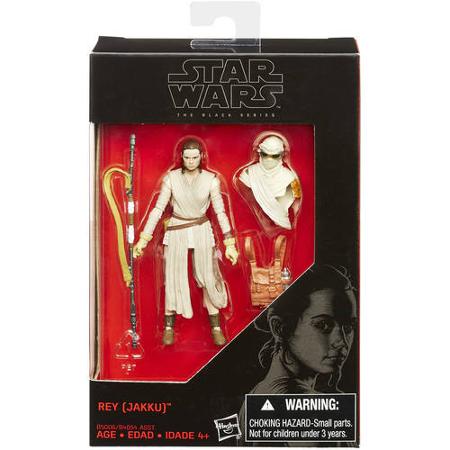 Though they’re not for sale online yet, Walmart.com has images of the next smaller-scale Black Series figures, including Rey, Finn, Han Solo (ROTJ) and Poe Dameron. Poe comes with a removable helmet, so you no longer have to buy the X-Wing toy if you want that, and Rey comes with a screen-accurate outfit change that her larger-scale counterpart does not have (but it comes with BB-8, which is a fair trade).

Kylo Ren and a Stormtrooper have been previously revealed.