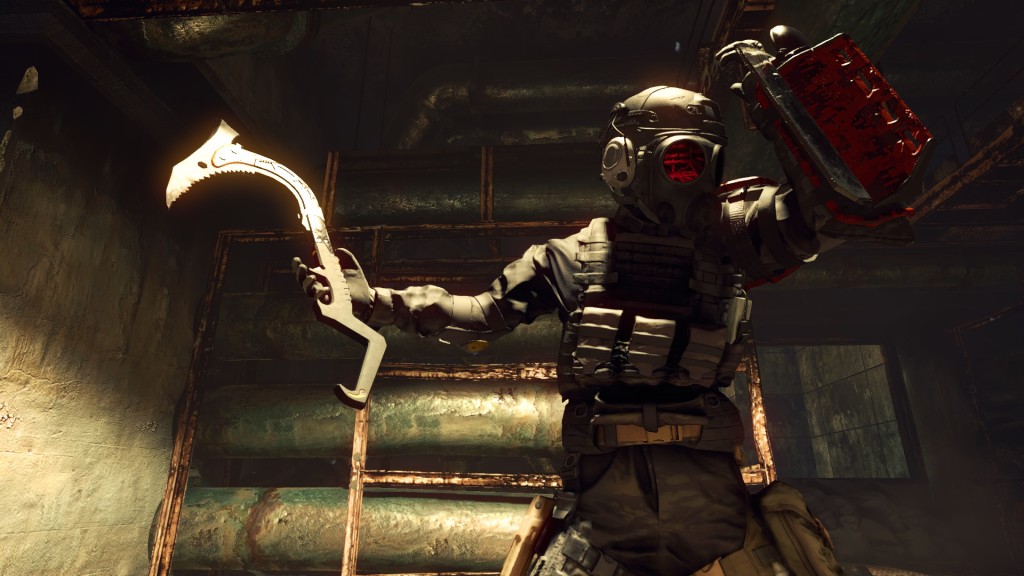 Jokes featuring the punchline “…said NOBODY, EVER!” are boring now, but so is the thought of a Resident Evil game with no plot, no characters, no puzzles, no unusual virus monsters and zombies as a side annoyance rather than a primary foe. Yet that is what Umbrella Corps appears to be from the new trailer – a competitive shooter in which you play as masked Umbrella Corporation mercenaries facing off against other masked Umbrella Corporation mercenaries in closed-off arenas.

The equivalent in the movies would be if they decided to make a spin-off film featuring just Mike Epps’ character from the first couple of sequels, and all he does in it is tell unfunny Mike Epps-style jokes. I’d start looking for an Umbrella merc to competitively shoot me if I had to sit through that.

I dig the brainer blade, though. I’ll give it that.