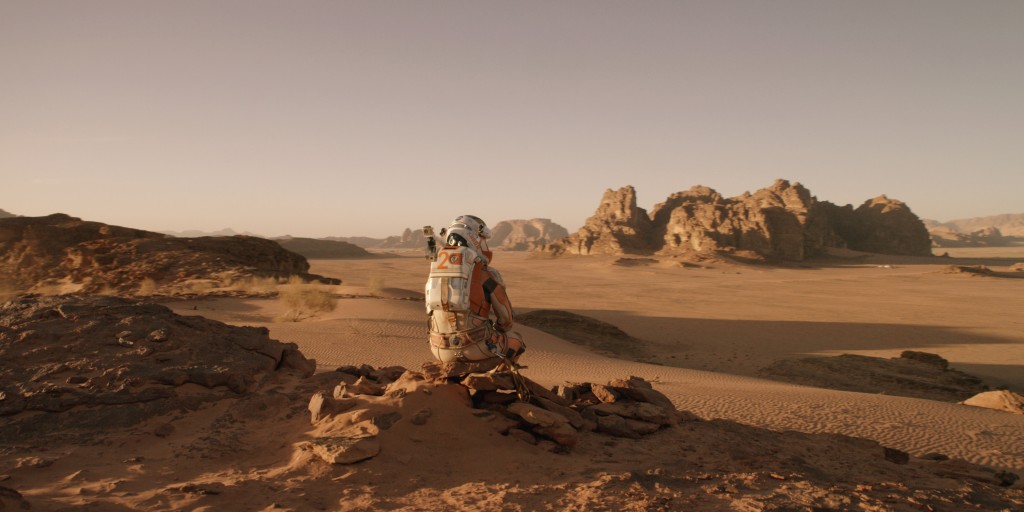 One of many things lambasted by critics in Michael Bay’s last Transformers movie was its gratuitous pandering to the Chinese market, with a final battle set in Hong Kong for no particular reason, ample local product placement, and the tacked-on scenes of a heroic mainland Chinese government coming to save the day. In fairness to Bay, though, since everything in his movies is gratuitous and pandering – and he didn’t try to pretend otherwise – it basically fit with the rest of the movie’s tone.

When a similar scene occurs in The Martian, it stands out because the movie has otherwise, up to that point, been a taut, anxiety-inducing survival thriller – and then two random Chinese actors you’ve never seen before deign to declassify their government’s very superior equipment for the sake of generosity and helping the world. That, plus the surprising use of 3D in this movie, has the unshakable stink of international marketing affecting the content (China prefers to show only 3D American films) – Iron Man 3 handled this issue the best, leaving its tacked-on “China saves the day” bits for the Chinese cut exclusively. For director Ridley Scott, this may just be a business compromise on a par with casting Caucasian actors as ancient Israelites and Egyptians in Exodus – he infamously described the alternative possibilities as “Mohammed so-and-so from such-and-such” – but to the showbiz-savvy viewer, it doesn’t just stick out like a sore thumb; it irritates like a pus-oozing thumb that still has a splinter deeply embedded under the skin, waiting to work its way out. (And yes, I know it was in the book too. Doesn’t change the way it plays.) 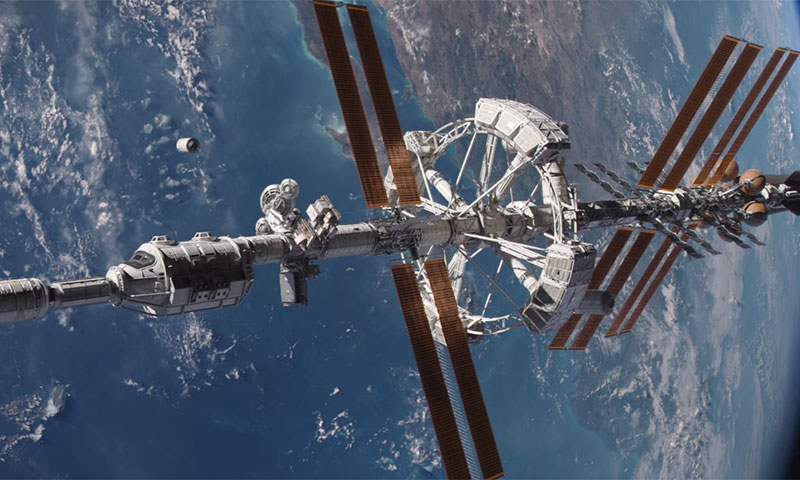 I lambaste this fault upfront because it’s the only major misstep in what is otherwise a superior “real-world” 3D sci-fi survival suspenser to Gravity, and a movie that has so many other opportunities to go off the rails yet stays on track. Where Gravity offered mostly binary, Choose-Your-Own-Adventure style choices in the face of imminent disaster, The Martian has a slow-but-steady ticking clock that requires innovative thinking on the part of its protagonist, Mark Watney, a botanist who has been left behind on Mars after an accident leaves him quite reasonably presumed dead. Although the fact that the return spaceship was apparently not designed to survive your basic Martian storm without having to blast off and force split-second, life-or-death decisions really does seem kind of like a major planning flaw.

If there were an Oscar for Best 3-D Dust Storms, Ridley Scott would have it in the bag. I’m not the sort of guy who jumps much at 3D effects any more, but the constant showers of grit make you feel truly dirty, and understand exactly why an astronaut would want to avoid them (to similar effect, there’s one scene that prolongs the ear-ringing sound of burgeoning tinnitis, and it is painful to sit through in the very specific way that it is supposed to be). 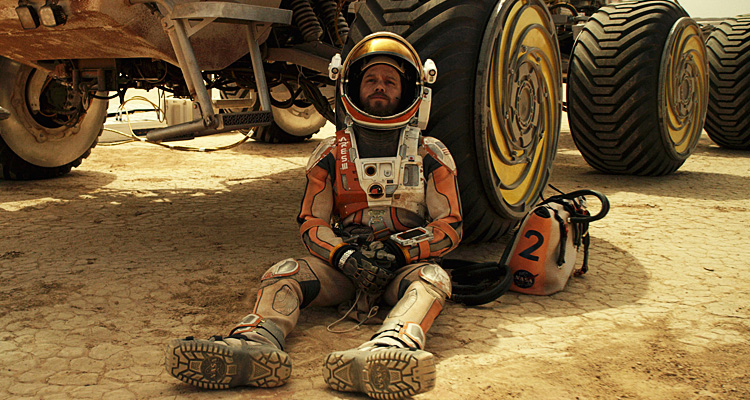 Since the movie runs almost two and a half hours, you’ll be glad to hear it jumps into the plot right away. No pre-launch barbecues, no tearful goodbyes – we’re just right there on Mars, getting hit by a storm. And then we’re watching Mark Watney do painful self-surgery on himself. And then…we take in his isolation, and his knowledge that he is probably screwed, unless he can somehow make his meager supplies of food, air and water last a couple of years.

Eventually we get a look at what’s happening back on Earth, and it involves a bunch of famous actors in really small roles taking advice from lesser-known actors playing nerds. One of them is Sean Bean, who gets to be involved in a totally self-referential Lord of the Rings joke. (As he is never in any mortal danger, it would have been funny to make him drop dead of a heart attack or something. But SPOILER: he doesn’t.)

Mostly, though, the movie is Damon’s show, but in terms of dialogue, this ain’t Cast Away or WALL-E – Watney talks constantly to his video diary, adding a slightly morbid sense of humor to the proceedings, and allowing him to explain the science to us just plausibly enough that we believe it. Yes, the movie does depend on his getting a lot more right and perfectly timed than most humans would, but without prodding to deep, there’s nothing science-wise that makes me say, “Oh, come on!” (I’m sure one of you readers will find the flaws if there are some to be found; general-knowledge, non-specialist me bought it). I prefer this approach to Apollo 13, in which the solution was, “You see this filter-looking thing? Build it!” Scott and screenwriter Drew Goddard make sure we know why he is building what, and the consequences that should ensue. The spacesuits may resemble those in Prometheus (Scott does have an aesthetic), but it’s otherwise way more down to Earth/Mars than the director’s last space movie.

Also, kudos for using only the third most-obvious David Bowie space song for the soundtrack. 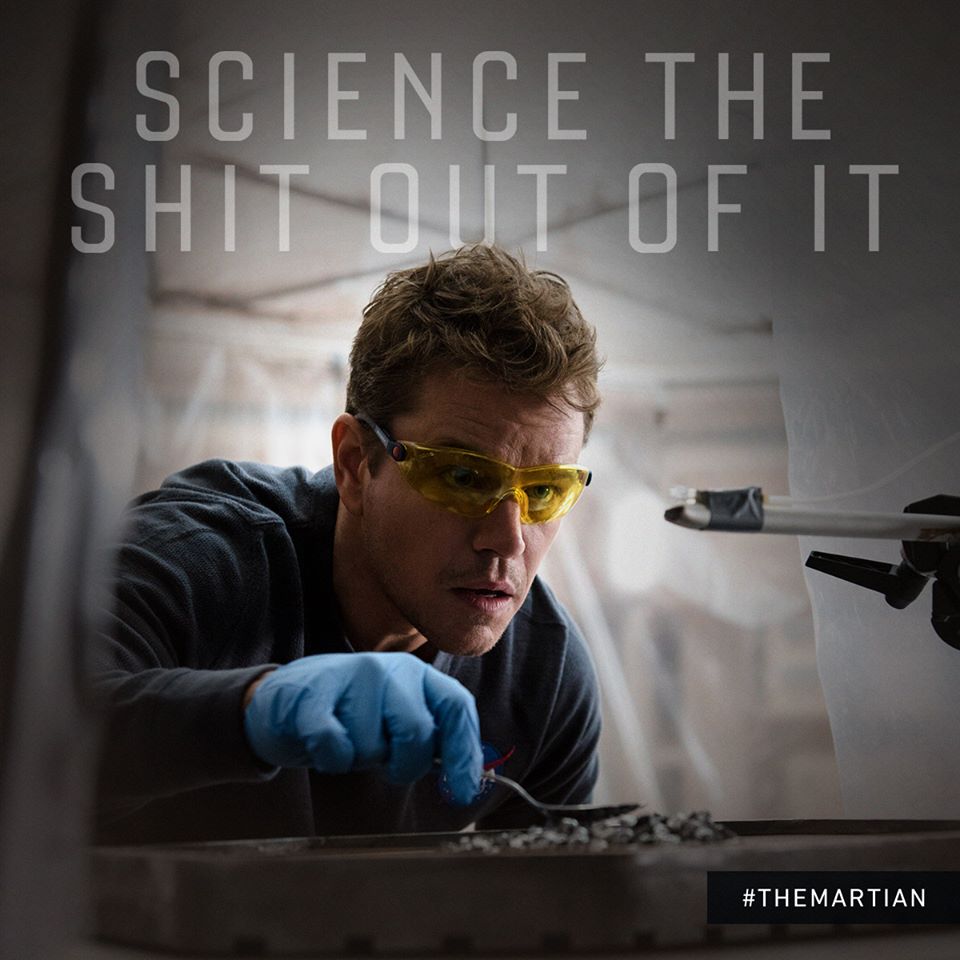 Although it’s obvious that Watney’s final fate will not be determined until the film’s end, the events unfolding may leave the viewer in a constant state of near panic attack. His fears mirror our own in an economic crisis – Where is the next meal coming from? Will I have a roof over my head tomorrow? Can I accomplish the impossible task my work requires? – but with much bigger stakes, like immediate death. That he keeps finding ways to innovate (and get lucky, at times) is like a tribute to the American dream, but that it requires so much nerve-wracking tension at every moment is arguably an indictment of same. When Watney dips a potato in crushed Vicodin because he ran out of ketchup, how many of us will remember the times we improvised home cocktails made with the dregs of whatever booze and mixers were left, however inappropriate?

And how many times did our employers go to China for help? Hey, maybe that scene’s not so incongruent after all.