Menu
Home
>
Blu-ray
>
REVIEW: Nicolas Cage Must Pay the Ghost, Which Is Less Fun Than It Sounds 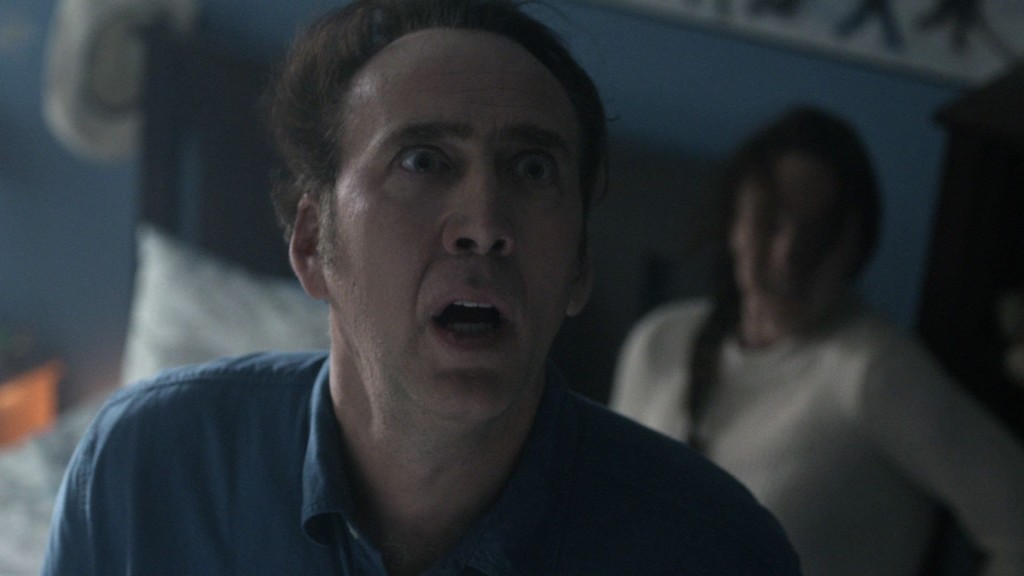 When Nicolas Cage fights ghosts, shouldn’t we all be winners?

The only correct answers to that are “yes” and “hell yes.” And bless him, Cage is actually trying this time around – he doesn’t always. Director Uli Edel’s film lets him down a bit, though. It’s too silly to merit the serious performance Cage is trying to give, and the director wasn’t canny enough to trigger his star’s bananas-freakout button, which could have created a camp classic. Yes, it’s hilarious that our first view of Cage shows him in a library wearing little nerd glasses, 90210 sideburns and a dorky little sweater vest, and it’s freakin’ awesome that we get to see him do a dramatic reading of Goethe in front of a lens flare that would give JJ Abrams penis envy. But after that he proceeds to be utterly believable as a father who’s lost a son, even as the unfolding supernatural mythology just gets more and more half-witted.

Unlike, say, The Martian, which begins on Mars right off the bat, Pay the Ghost takes about a half hour to get to the plot’s inciting event: on Halloween night, Mike Cole (Cage), having just been informed he got tenure at his university, takes his young son Charlie (Jack Fulton) to a neighborhood Halloween carnival, where he promptly vanishes after saying something about “pay the ghost.” A year quickly passes, making it clear that he’s never found and that Mike is now estranged from his wife Kristen (Sarah Wayne “Lori Grimes” Callies). But the kid shows up now and then in visions, and his scooter takes mysterious trips around the apartment, seemingly unaided. When Mike sees some graffiti reading “Pay the Ghost,” and follows it into a derelict building presided over by a magical blind man, the plot thickens, and the Celtic mythology kicks in. I’ll give the filmmakers this much – they know how to pronounce “Samhain” correctly.

Will there be cops who don’t believe in supernatural shenanigans? Naturally. Can you expect an eccentric psychic whom the grieving parents call out of desperation, and will she come to a bad end? Invariably, and of course. Will there be a bunch of sudden jump scares involving ghost faces suddenly appearing and disappearing? It’s like you’re readin’ my mind, maaan. 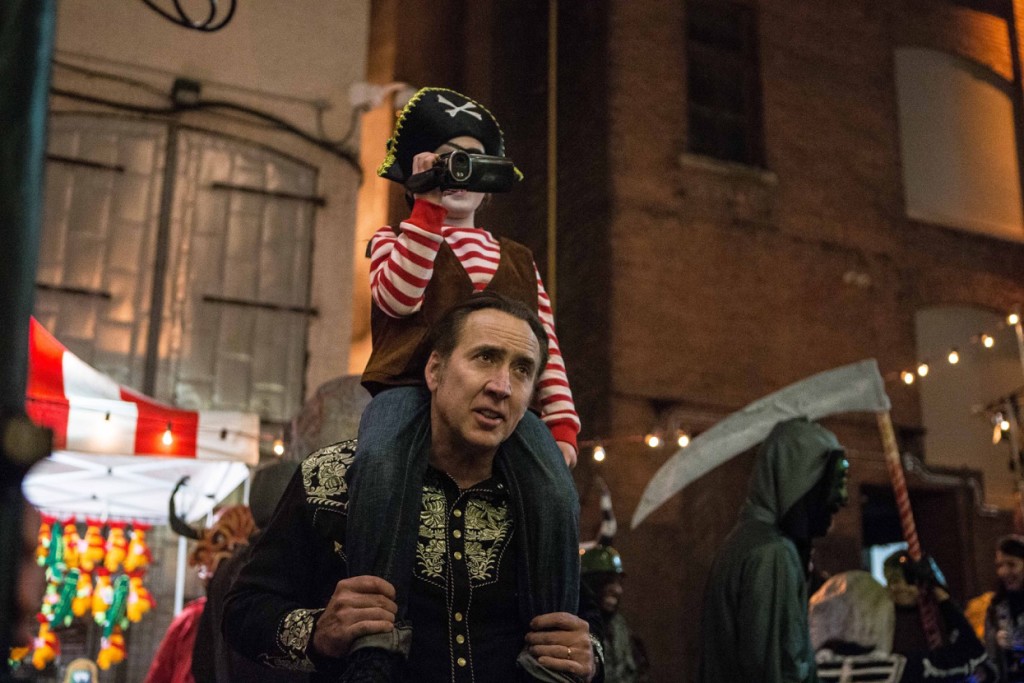 Or rather, it’s like you’ve seen a bunch of these sorts of movies before. The only thing new Pay the Ghost really brings to the table is Nicolas Cage, but it doesn’t use him to maximum Cage-iness. Rather than build tension, Edel simply has phantoms pop up every once in a while like scare-actors in a haunted attraction, re-setting and going “back to one” for the next scene. Characters played by Cage work best if they’re slowly driven to a breaking point, not briefly startled over and over. The same is true for moviegoers. I’m not going to deduct points for conflating vultures with Celtic mythology (ain’t no vultures in Ireland, except in zoos), just because the giant CGI vultures are the most gloriously loony thing about the movie. I’ll just say don’t Pay the Filmmakers.

If the movie shows up on cable, you might have some fun with it. But like trick or treat candy, it works best when you don’t have to actually spend money.