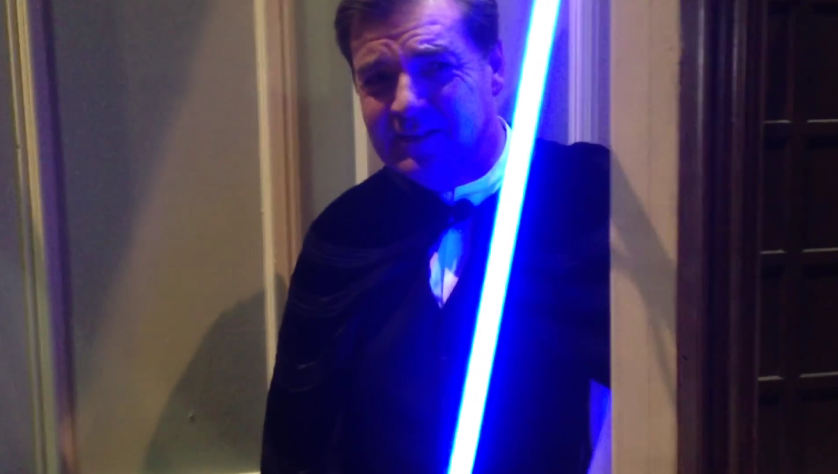 It’s not exactly the most technically accomplished thing – the lightsabers are toys, the boom mics and C-stands are blatantly visible, and most of the short is pretty obviously improvised. But it’s not about technical prowess – it’s about the cast of Downton Abbey staying more-or-less in character as they all massively geek out about playing Star Wars.

It was filmed entirely on Rob James-Collier’s iPhone to benefit a Multiple Sclerosis charity, and there’s a talking pineapple in it too, because reasons.