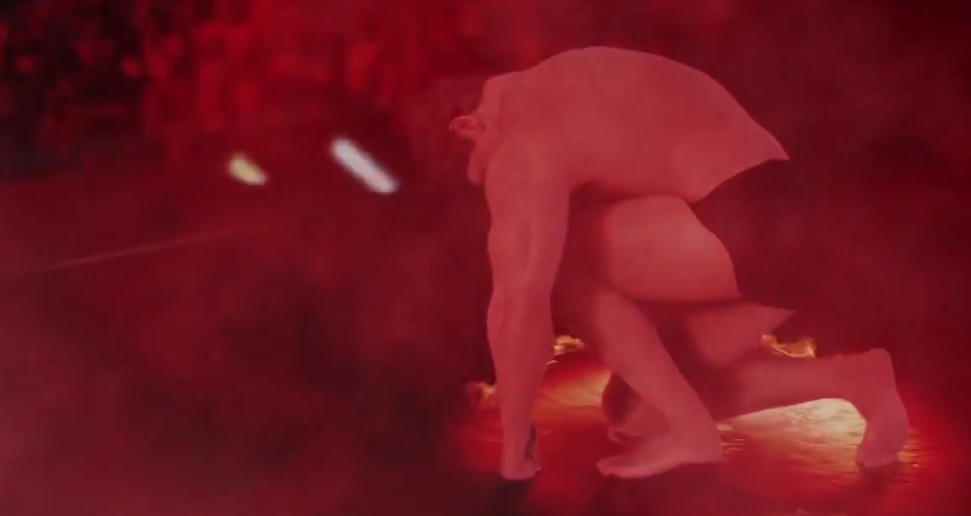 It isn’t just the talent onscreen in the ad that kicks off with Stone Cold Steve Austin’s theme. Yes, the montage leans heavily on faces of the past, from a sideburned Rock to a Ministry of Darkness Undertaker, DX, Bam Bam Bigelow, Ultimate Warrior and Bret Hart. However, it also bring to mind the Attitude Era with an appropriate song – Audioslave’s 2002 hit “Cochise” – and in having the Terminator make an entrance as a playable character, puts us in mind of the last time a Terminator movie was decent, that being 2003 (yes, I still like T3. Even if you don’t, admit that it is way better than what came after.).

It’s a cop-out to give him shorts, since they shouldn’t have been able to survive the time displacement. An extra scene with him taking John Cena’s clothes would have put this over the top, but I guess it was not to be. I’m curious what Arnold’s finisher will be, however. The Kali-Fawnyuh Klutch? The I’ll Be Backbreaker? The Connor’s Cure?

About last night’s pay-per-view, all I’ll say is that Seth Rollins can apparently have a good match with anyone, and I really hope Sting’s injury isn’t the career-ender it’s rumored to be, because what a lousy way to go out. If he remains active, I’ll share some more thoughts next week.