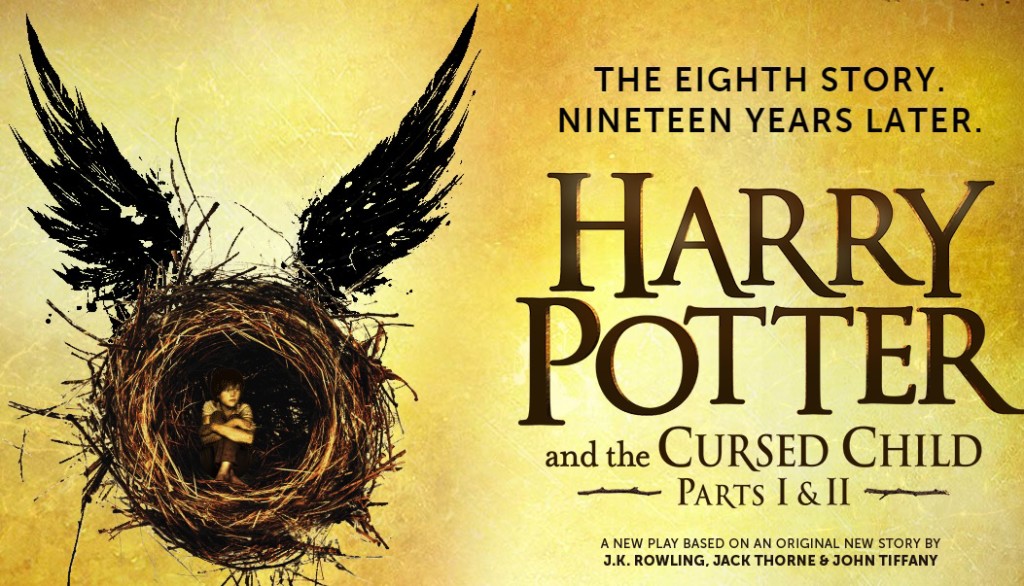 I damn this not because I don’t approve, but because I know full well that I’m going to have to make the trip to London and pay for two plays, and that’s not cheap. That aside, the notion of a Harry Potter story that involves the character finally being taken seriously in his world, and seen as the thing he has become rather than what he will become, is something that appeals to me.

It was always difficult being Harry Potter and it isn’t much easier now that he is an overworked employee of the Ministry of Magic, a husband and father of three school-age children.

While Harry grapples with a past that refuses to stay where it belongs, his youngest son Albus must struggle with the weight of a family legacy he never wanted. As past and present fuse ominously, both father and son learn the uncomfortable truth: sometimes, darkness comes from unexpected places.

Harry Potter and the Cursed Child is one play presented in two Parts, which are intended to be seen in order on the same day (matinee and evening) or on two consecutive evenings.

If you’re already in London, there are preview tickets which are quite reasonable. If you aren’t, I would assume that at some point down the line – probably long after any possible spoilers are known – Fathom Events or somebody like them will do something with it. Alternatively, unless J.K. Rowling can somehow say no to more truckloads of money, there’ll be a movie eventually.