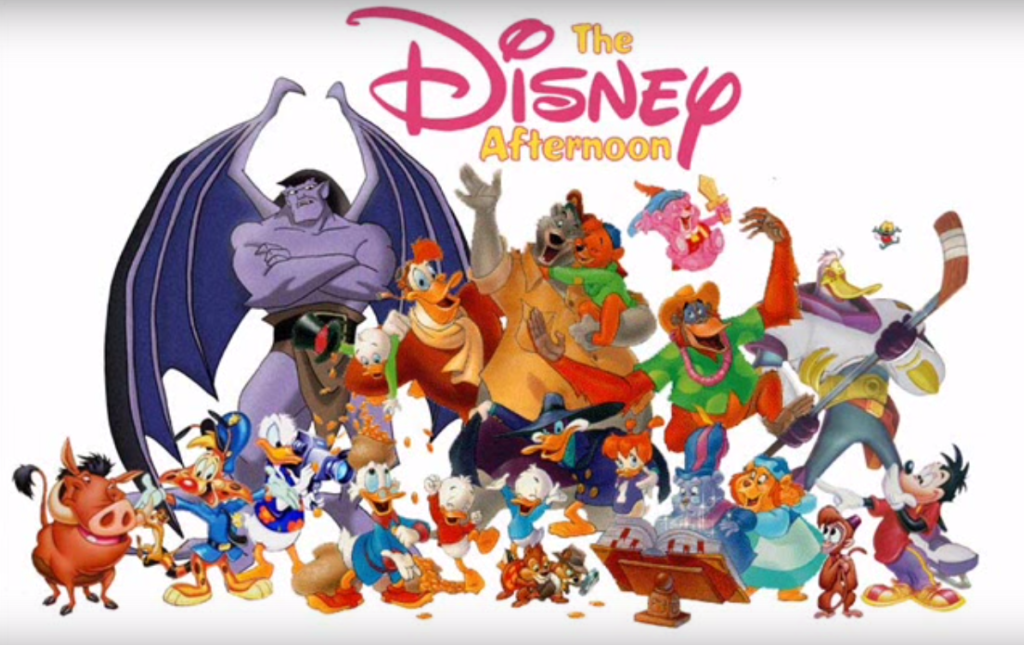 In 1990, the Disney Afternoon was created, packaging four of Disney’s top-rated animated shows into an after-school block of television for broadcast syndication. Even though the original four shows – Adventures of the Gummi Bears, DuckTales, Chip ‘N’ Dale Rescue Rangers, and TaleSpin – were already airing on weekend mornings as part of the then-prevalent syndicated packages, The Disney Afternoon name provided an easy catch-all term to describe the network’s high-quality, historic foray into the TV animation field.

I use the word “historic” for a reason: the Disney Afternoon essentially saved TV animation. You wouldn’t have Gravity Falls, Steven Universe, or even The Simpsons if it weren’t for that bizarre day in the ’80s when Michael Eisner invited a whole bunch of animators and creators into his home and asked them to make a cartoon about candy for his children (this story has been recited so many times and it never gets less unbelievable). As time goes on, the impact that this block of cartoons had on TV animation today gets more and more diminished, and we, as a society, can’t let that happen. But before we can discuss why we should being talking about the Disney Afternoon (yes, even their late-period weaker output), we need to discuss why we don’t talk about it.

Even though a number of Disney Afternoon episodes are available on DVD, they certainly are not the full set, and they’re bereft of behind-the-scenes content and only of decent quality. I’m not saying they need to be “remastered” but it would be nice to see cleaner transfers with at least a few words of commentary (more on that in a second). Some shows don’t even have DVDs – Aladdin, for example – and Disney removed all traces of Gargoyles off its YouTube channel. You have to be… um… savvy to find the entire runs of these Disney Afternoon shows.

To be fair, Disney putting past shows to bed versus milking them for years is preferable (yeah, I’m calling you out, Nick). Still, it would be nice to at the very least provide all those great (and not so great) Disney Afternoon shows on DVD in full, or just have them streaming somewhere – and sure, Disney could put ads in them so they could get a bit of easy revenue as well. Just having the shows accessible would be nice, so people can watch/learn from them with ease; browsing THE DARK NET for an episode of Rescue Rangers seems overkill.

I would love to see those writers, animators, storyboards, and artistic designers really get into the nitty-gritty of the productions of those shows. There are various talks out there about the production of these shows, and if you get the chance, speaking with the cast and crew is a lot of fun and informative, but aside from a few hard-to-find locations, real explorations of the creation of these cartoons are rather slim. (The above video is probably the best we’re going to get, and as much as I appreciate it, not a lot of people were clamoring for the pitch to Goof Troop.)

In addition, while it’s great to find those morsels of information about these cartoons, it’s mostly technical and broad – which is nice, but I’d love to see more discussion on the influences received and the impact of these shows on animation in the ’00s or even today, the legacy and historical affects on TV animation overall. I’d really like to see more exploration of specific episodes and elements that worked and didn’t work – what really was the inherent target, narratively, thematically, and demographically, that these various cartoons were aiming for. We have writer/artist breakdowns everywhere for various TV shows and cartoons nowadays, why not an ultra-detailed Tumblr, dammit? 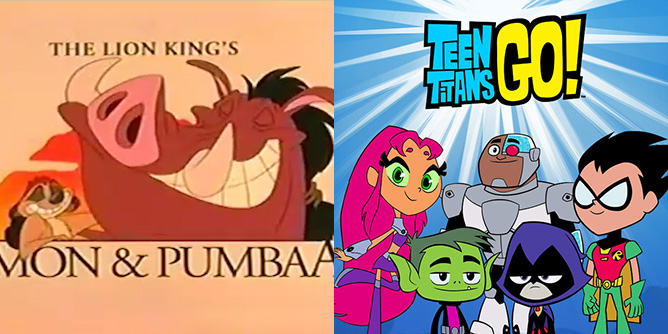 Our knowledge of animation in this country, on the whole, is pretty pathetic. We might be able to name drop the major animators, but rarely do we explore the work of lesser-known animators, and even less so what they actually produced. We discuss at length Chuck Jones, Walt Disney, and Pixar – but there’s so much more we could discuss about Robert McKimson, the “nine old men,” and even Dreamworks – and especially the block of Disney Animated TV that literally re-defined the medium.

For example, many people might be baffled over why Teen Titans Go is such a hit. Well, twenty years ago, Timon & Pumbaa was also a hit, and it too took relatively well-known characters and re-contextualized them in insane, absurd, and practically nonsensical situations. There’s so much history and precedent and, yes, even depth to the mid-’90s era of Disney’s foray into animated TV, but it feels weirdly dismissed – I don’t think I ever heard a single creative person bring up a Disney Afternoon show as a source of influence (maybe DuckTales)? And the bigger reason to that is…

4. The Goofy, Anthropomorphic Characters Put Us off (for Some Reason)

This is probably the biggest hurdle that’s preventing any real re-examinations of the Disney Afternoon. This animated block of talking ducks, chipmunks, bears, and weirdly-shaped dogs seems anathema to most people and critics willingly exploring and analyzing these shows at length. These “non-realistic” elements, often applied to more physical, wacky, comedic cartooning, give off the impression that there isn’t much to gleam from these shows, from a story, character, or visual perspective.

And that’s patently untrue. Gosalyn Mallard is probably the greatest pre-teen girl in television animation history, predating Hey Arnold’s Helga Pataki and Star Vs. The Forces of Evil’s Star Butterfly. Darkwing Duck’s satirical exploration of superheroism is a perfect early observation of the genre twenty years before today’s superhero-entertainment deluge. Even the block’s lesser works, like Goof Troop and it’s not-so-great look at absurdity in suburbia, predates The Looney Tunes Show’s flaws and The Amazing World of Gumball’s successes in satirizing middle-class living.

If we could just drop our weird biases surrounding animated shows staring primarily “non-human” characters, we could see some seriously great analysis of what made the Disney Afternoon work so well, such as: