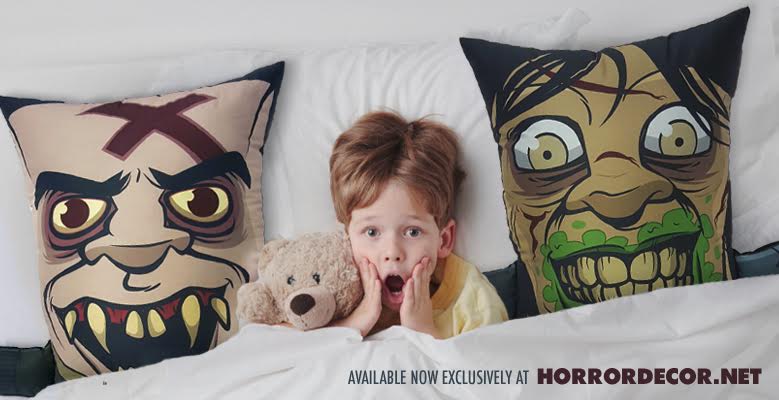 They’re not quite anime hug pillows, so the one small mercy here is that these things probably were not designed with dry-humping in mind. What they were designed for, I couldn’t tell you. 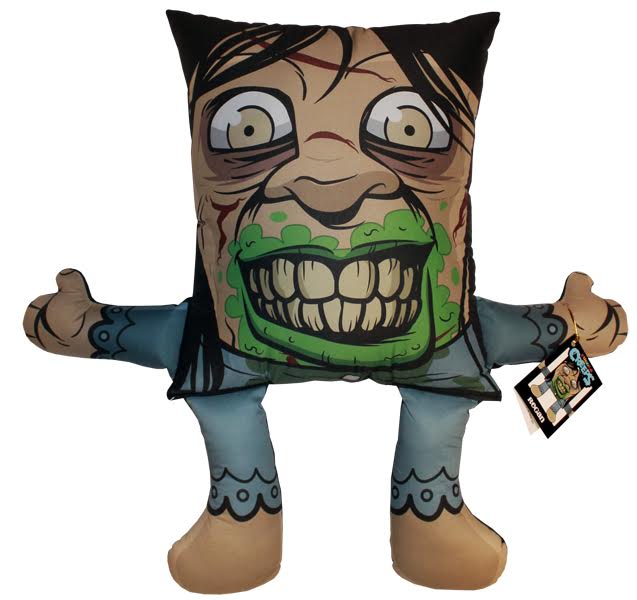 “Cuddle Creeps” is what they’re called, and being considered “parody,” they are not, as far as I can tell, officially licensed. Because frankly, if I were a license-holder and someone presented me with this idea, I’d have told them to cram it in their piehole.

And then they might have done exactly that, because who knows what messed-up fetishes the creators of these things have? We certainly have evidence above that they want underage demon slime girls in your bed. It’s like the intended demographic is a Mirror-universe Michael Jackson.

This guy, on the other hand, is like a human Sarlacc Pit with a face. 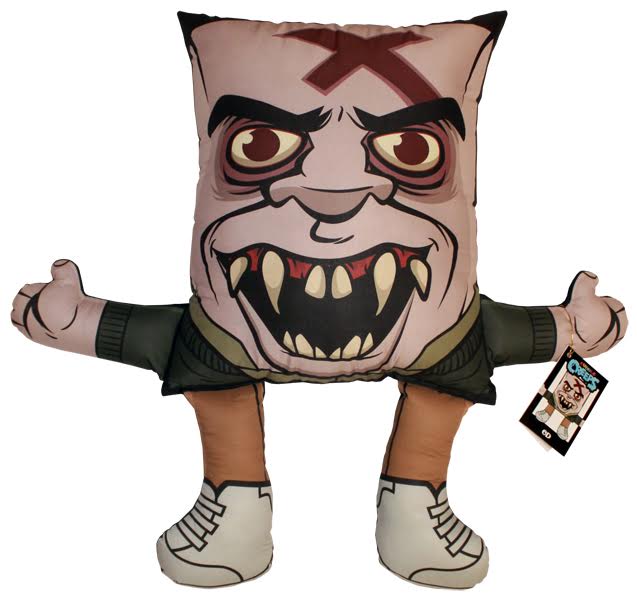 They come with cute poems:

REGAN: Whether psychic or just psycho remains to be seen, but one thing is certain: Her PJs are soiled and hard to keep clean. While her language is vile Regan is actually just shy, Her best buddy is Satan who she claims isn’t such a bad guy. She can see into your soul and knows your greatest sin, But that’s not her only party trick…she can also make her head spin.

ED: Ed’s a backstabbing buddy who’s sneaky and morbid, His weird sense of humor is often wicked and horrid. His friends called him “Evil” and then it came true, No wonder poor Ed is so lonely and feeling so blue. Now he’s a vampire who likes to scare up a quick bite, Chances are if he’s hungry you’re in for a night full of fright.