Menu
Home
>
Comics
>
Marvel’s Damage Control to Be a Sitcom, Just to Mess With DC 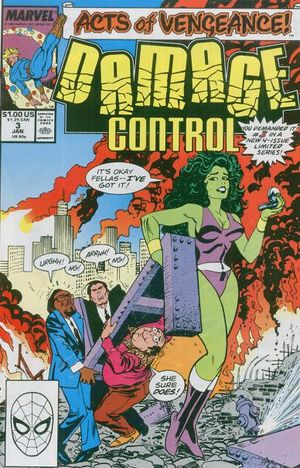 Hey, remember that time DC announced a workplace comedy set in the DC universe, to run on NBC, and most of you in comments suggested that it should have been Marvel’s Damage Control instead?

Guess what Marvel just pitched to ABC, and got a pilot commitment for? Deadline is reporting it’s being developed  for TV by former Daily Show and Colbert Report executive producer Ben Karlin. They’re calling it a “live-action comedy” rather than a sitcom, though nowadays that may be a distinction without a difference, just meaning there’s no laugh track.

For those who don’t know, Damage Control follows the folks who have to clean up after superhero battles, and could possibly be a way for non-affiliated characters to make cameos. I hope it deals with the after-effects of the heavy-hitters – and not just random new Inhuman-of-the-week.