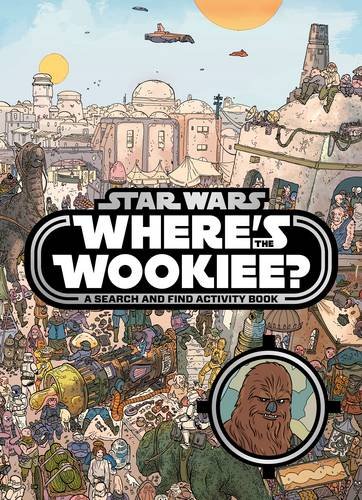 You wouldn’t think you could lose Chewbacca. The eight-foot walking carpet generally stands out in a crowd, and can be heard coming with his distinctive howls from quite a distance, even when he’s not busy ripping a Dejarik winner’s arms off. And for sheer alliteration, you’d think a Star Wars “Where’s Waldo” might be called “Where’s Wicket,” plus that Ewok is pretty small and crafty and good at hiding.

But Chewie’s the one with a bounty on his head – and i guess that makes YOU Boba Fett in trying to find him. And kids still want to be Boba, even though he’s been demystified and metaphorically emasculated by millions of middle-aged fanboys like myself. So there’s your selling point.

Can you find him below? You can find the whole book in stores and on Amazon as of yesterday. 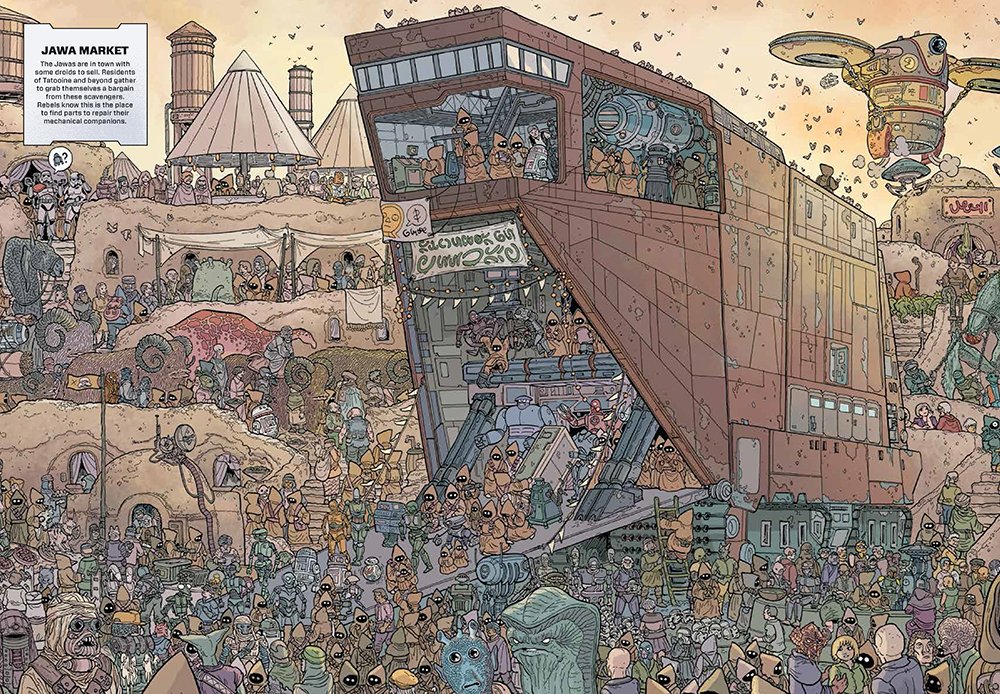