So welcome to yet another edition of Robotic Gaming Monthly, The Robot’s Voice’s regular look into the vast world of video games! We have a whole crop of fresh reviews and trailers for all of you, but now, thanks to the new layout, I can finally skip most of the introduction and just go straight to the big video game news that I want to talk about this month…which of course, broke right after I just posted last month’s RGM.

Yes, Nintendo is making their first major move into the world of games for mobile phones and have hooked up with Niantic, Inc. to create an augmented reality game that will finally let you catch Pokémon in real life. We at TRV were actually set to report on Pokémon GO the second the news broke, but technical difficulties got in the way. And the reason we couldn’t report on it during any other time between then and now is because…um…eh, because of a voodoo curse. Sure, let’s go with that.

Anyhow, this news shook the Internet up when it first came out, and since then, I’ve had my own thoughts about this new development in the franchise. Now, I do think this has the potential to be a great game, but there are a few things about this that I need to address…

First off, WOW, is that one overblown trailer. Mind you, I’m one to talk; I can easily get excited about the smallest of trailers myself (have and will), but damn, do I think Nintendo is over-selling just how mind-blowing an experience they want everyone to believe this is. Folks, there is no way be any showdown with Mewtwo in Times Square will be exactly like the one shown in that video. This is made even more hilarious when you compare it to the three seconds or so of the more realistic footage/mock-ups at the end of the video, as if they hoped you would stop watching by then. And yet it worked! Countless people who would normally complain about pre-rendered, non-indicative game trailers lost their s*** over this! Damn, Nintendo could have promised Pokémon battles on the moon refereed by Peter Molyneux, and people still would have eaten it up…

Next, there are the rumors floating about that certain Pokémon will be region-specific, and that you can only catch them in certain parts of the world. If this turns out to actually be true, I will no doubt kneecap the Nintendo executive who actually approved of this. Look, I get that part of the game is encouraging us all to get out and explore – I’m cool with that. But if you seriously think I’m willing to travel to Mexico just for a chance at capturing a Hawlucha, then your knees are in serious trouble (well, unless you implement easy-to-use online trading as well, which might ease the pain). 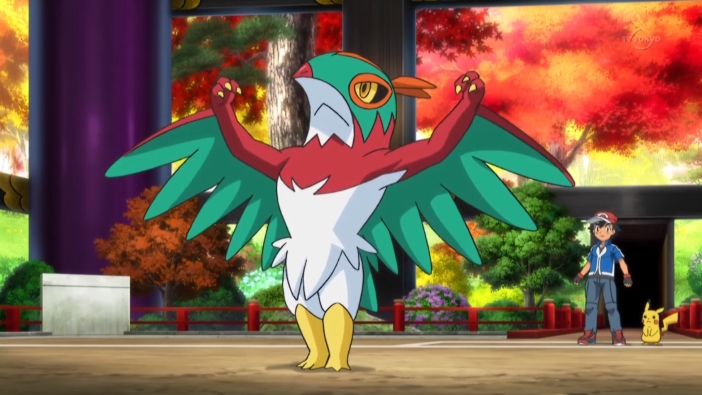 Speaking of Hawlucha and other recent Pokémon, though, why the hell are we still sticking with Gen I characters, at least based on the trailer?? Yes, it would be silly of me to expect all 700+ Pokémon in the game at launch, but can we please stop preying on people’s nostalgia and only romanticizing the days when the height of this franchise’s creativity was drawing some eyes on a ball and calling it a day? I need my Hawlucha, Scrafty, and Honchkrow to train, dammit!

And continuing on with things seen in the most recent Pokémon games, will there be anything similar to Pokémon-Amie in GO? Because while catching and battling with all of these critters might be good enough, I do actually want to raise them as well.

Finally, I know there’s a chance that I might get mocked for this, but I really hope Nintendo puts a lot of thought into how children might behave with this game. I mean, we’re basically creating a game that tells people to travel several miles away in order to catch a Charmander and handing it off to generations of kids who have spent hundreds of dollars of their parents’ money on Candy Crush Saga without even noticing. Yes, I know we’ve joked about this subject since the news came out, and you can play the Helen Lovejoy clip all you want, but have you seen how devoted some people have been to Ingress, Niantic’s previous augmented reality game? Those people have apparently spent close to eighty dollars on average for a mobile game, and some have been fiercely devoted to traveling the globe. I’m just saying that if I had kids, I would not want them wandering away from home and potentially getting in danger or begging me to drive them all the way out of town just for a chance at a Pokémon they really want. Imagine a resurgence of the worst toy fads of the ’90s. I know I’m probably overreacting, but all ask is that Nintendo and Niantic really take the behavior and safety of younger gamers into consideration while developing this.

Also, I guess if I need my Hawlucha fix, I can just look forward to seeing it in Pokken Tournament. I mean, it’d be a luchador Pokémon in a fighting game, how could they possibly screw up an opportunity like tha-

Other news tidbits that happened in the gaming world this past month…Well, I was going to talk about the crowdfunding campaign for the Retro VGS console and how it’s doomed to fail because the console needs to be cheaper and the hardware could use some adjustments, among other things, but then they announced that they were ending the campaign early and refunding everyone’s money because they had realized that that things were failing, so now they’re going to try and make a cheaper console with adjusted hardware. So yeah, they kind of beat me to the punch there. Speaking of cancellations, Square Enix cancelled that abomination of a per-order campaign Deus Ex: Mankind Divided had last month due to fan demand, proving that sometimes the system actually works. Apple announced their plans to combine the technology behind a console known for tons of shovelware with their own game store known for a giant lack of quality control, so I’m certain only good things can come from this. And finally, Humble Bundle has just launched Humble Monthly, their own entry into the ever-expanding world of subscription-based monthly mystery bundles. I have to admit, as a PS Plus and Games For Gold subscriber, I’m quite interested in that myself…

Well, with all of that said and done, I suppose it’s time for this month’s Burning Question! And since we’ve been talking about Pokémon this month, I suppose that provides the natural springboard here, so…What would you like to see in the next Pokémon game? New features? Returning features from previous games that you’ve wished would come back? New Pokémon types? Anything, just shout it out in comments below. Personally, I’d like to see Nintendo take a cue from the pages of older Mega Man games and hold contests where fans can submit their own designs for Pokémon in the hopes of making it into the game, a la Robot Masters. The fan-made Pokémon (or “Fakemon”) community has already produce some amazing stuff, like this entire crop by Neorice, so in my opinion it should be natural fit.

As for last month’s Burning Question, the winner of the Mystery Prize and a copy of Volume on Steam is Andrew Kane!! Andrew, just contact us via this form here and we’ll send you your prizes ASAP. 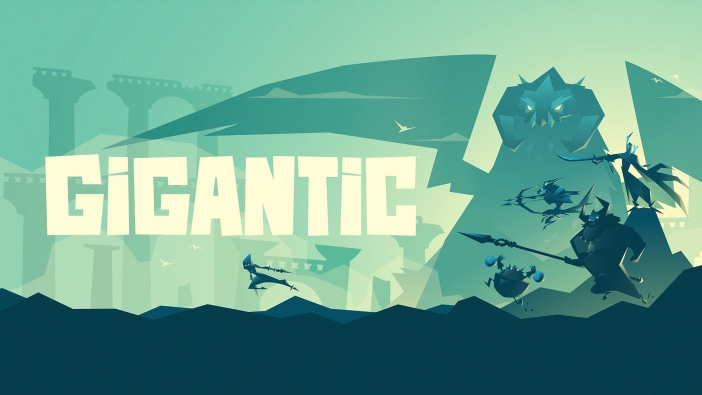 But wait, there’s even more stuff to give away!! Our good friends at Motiga have provided us with four extra invitation keys to the closed beta of their upcoming MOBA, Gigantic, for Windows 10 and Xbox One! Now as you may vaguely recall from past articles and editions of RGM, I have been a huge supporter of Gigantic so far, and I have definitely been enjoying the beta as well. Needless to say, I would be proud to hand out these invites so that others can experience the game as well.

On to the next page now, where I end up doing more game reviews than common sense says I should…