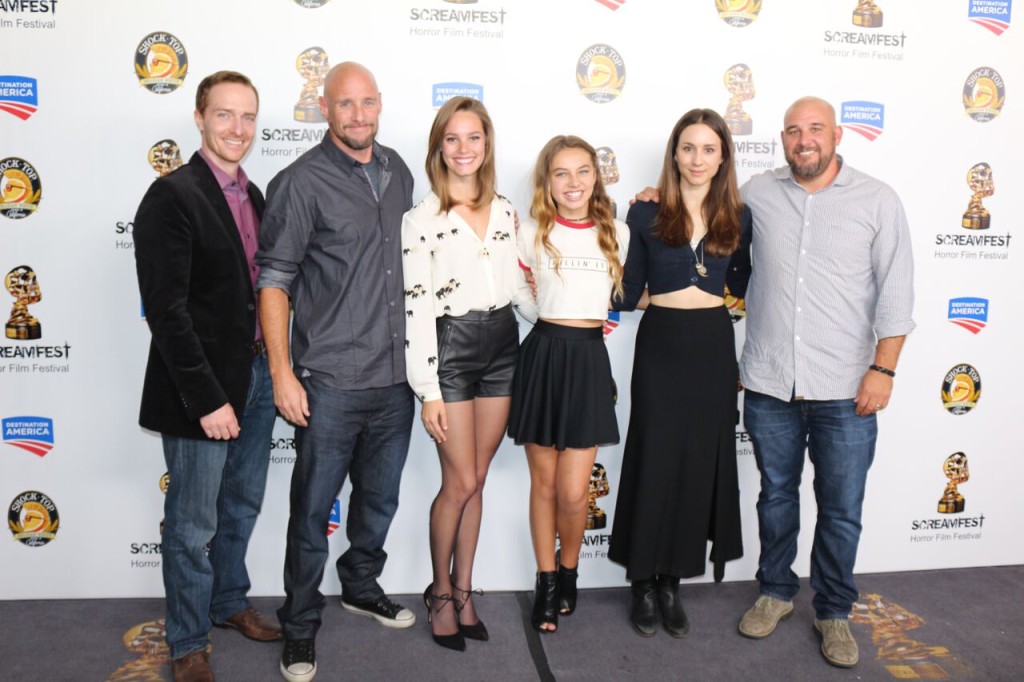 Between Screamfest films, a colleague and I were discussing the sometimes-great gulf between what directors say and what they actually do. He recalled a time he interviewed a guy who’d been given the reins to a major cinematic franchise, and in interviews made clear that he was a huge fan who understood the appeal of the original film. This man’s installment in the series ended up being a critical and financial bomb, leaving his best intentions for naught

And yet Martyrs (2015), like their debut film Scenic Route, is a solid HORROR film, and both feature more torture than many of the so-called torture porn films (Had you told me right after I saw Scenic Route that those guys would do Martyrs next, I would have simply said, “Great choice”). It’s even a specific plot point in Martyrs, which it can’t help but be given the source material. Martyrs (2008) for me was never about the specific levels of excess gore, but the thematic elements conflating torture with spirituality. I’m happy to say that’s intact here, as that always struck me as the edgiest aspect. Given that most Catholic churches in this country include sacred effigies of a bleeding, divine man nailed to two boards, it shouldn’t be too shocking to conflate physical agony with religious ecstacy, but anybody not going by the (Good) Book is usually asking for trouble and courting controversy. 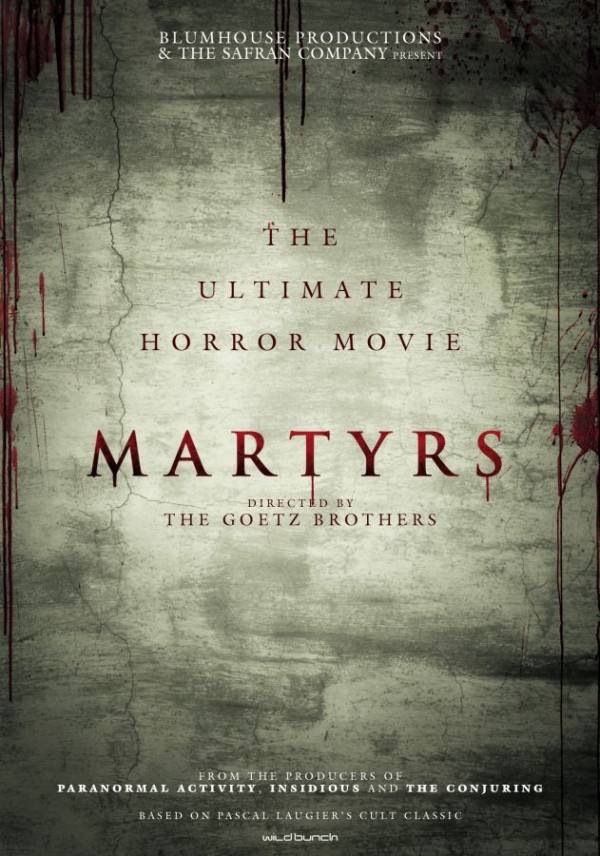 Yes, hardcore fans of the original will find this to be watered down – given the demands of an American R-rating, it couldn’t not be. But taken as its own thing, it’s effective, tautly directed heroine-in-peril horror.

Following a beginning in which a young girl is freed from bizarre captivity, the movie jumps ahead ten years and shows us the presumably adult version of the same girl brutally massacre what appears to be an innocent family in their day-to-day routine. The entire rest of the film is dedicated to showing you, as the old tagline for I Spit on Your Grave put it, why no jury in the country would convict her for what she did. Let’s just say there’s a dungeon beneath the family house, and it is well-occupied…not just by victims, either.

Because American audiences don’t tend to go in for utter hopelessness, our two female protagonists (the captive/killer and her skeptical best friend) stand a chance – albeit a very slim one – of getting out alive. Effective horror demands moments of catharsis, and we do get those, but there’s blood and pain aplenty as well. I don’t think most viewers will need to see lengthy scenes of skin removal – the beginning of the process is simply shown graphically, and the rest left to the off-camera imagination. I suspect that will be just fine with folks who haven’t seen the French version, and maybe even a few who have.

In an odd bit of casting, the most familiar face in the film is Toby Huss, best known for his faux-Frank Sinatra comedy persona that first hit it big on MTV bumpers back in the ’90s. It’s hard to find him scary, even as a sadistic cultist. More effective is Kate Burton (of TV’s Scandal and Extant) as a callous businesswoman whose personal quest for self-discovery leaves a trail of ruined lives in its wake.

Working on a minimal budget and a 16-day shoot, the brothers Goetz maintain an eye for the small details – a cookie left on a playground roundabout here, a pair of eyeglasses there – while staying focused on the big picture, in which all the fears of a girl with PTSD turn out to be both warranted and active, and any attempt to help backfires miserably. True, when you have PTSD in your life as I do (not personally but close at hand), suddenly it shows up everywhere as a metaphor, but it’s certainly not misplaced in this case. What the movie asks is whether or not the ability to withstand the pain is a blessing or a curse – the rational side of us would say blessing, but the animal side just wants it to stop. Martyrs raises more questions than it answers on this score, but that it raises them at all is what makes it work.

And yes, that aspect also makes this a potential franchise. Of course, right?