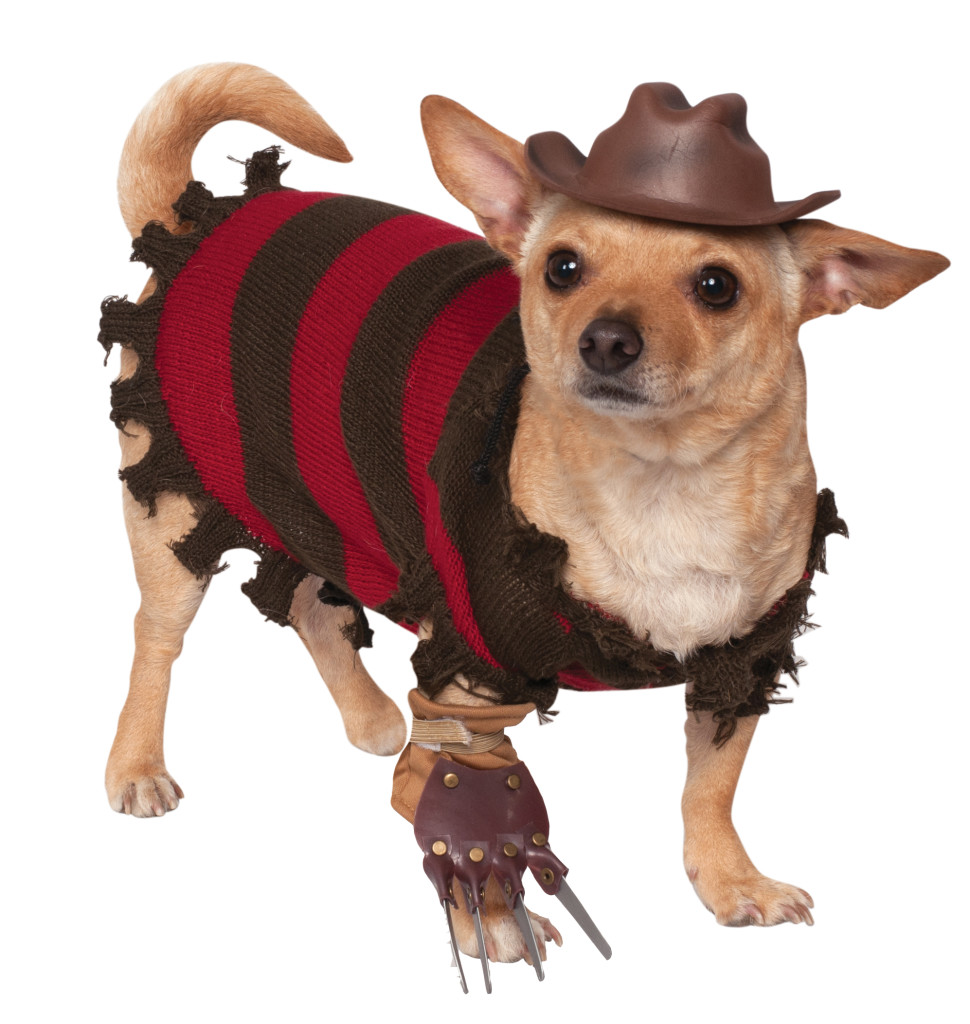 It has arrived – the perfect way to put my wife’s conflicting loyalties to the test. Will her discomfort with horror movies and Freddy win the day, or will the prospect of any animal in a LEEEEEEEEETTLE HAAAT conquer all misgivings?

Speaking of misgivings, I have my own about the related Jason Voorhees costume… 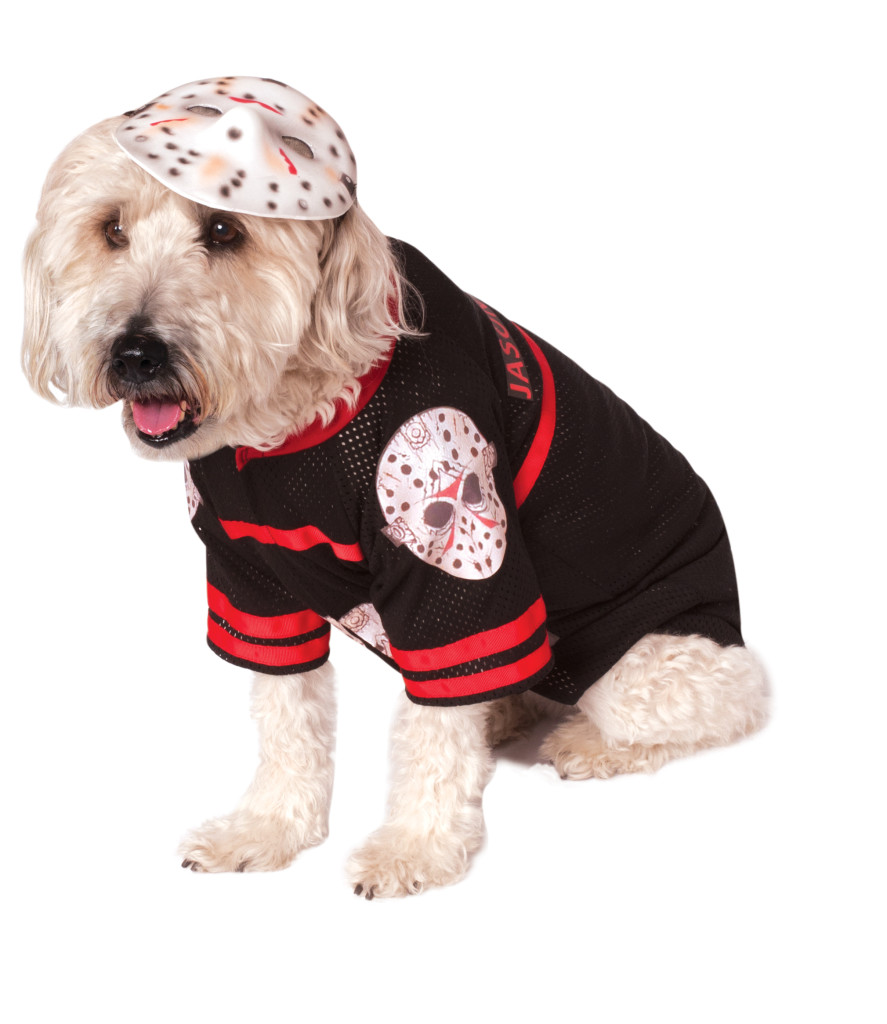 Did they assign this to somebody who never heard of Jason, and somehow thought he was an actual hockey player? Because Jason never walked around in a hockey jersey with a picture of himself and the word “Jason” on it. That would have been a bit unsubtle even for him.

Your pup will be tearing up Halloween when you dress them in these terrifyingly cute Freddy Krueger or Jason Voorhees costumes.  Available at retailers nationwide for $13.00- $26.00.

Come to think of it, Freddy generally works better for a dog. Clawing, rather than stabbing, seems like a canine M.O.